Button-mashing beat 'em up games aren't super-common on mobile devices because there aren't really buttons to mash. Fightback makes it work by translating a flurry of taps and swipes into punches and kicks. Are there bad guys on the screen? Yes? Just tap all the things. It seemed to work pretty well on iOS, where Fightback was rather popular.

I'm being a little hyperbolic – Fightback lets you chain together punches and kicks for combos, but only if you get the timing right. Tapping on each side of the screen lashes out with a punch in that direction, and the same goes for kicks with a swipe. Then there are the guns, and it's hard to argue with a minigun (because it's a minigun and will shoot you). 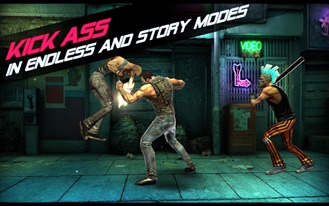 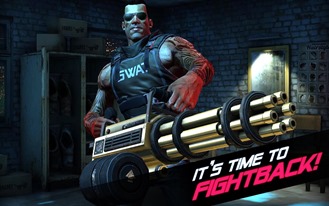 Fightback's visuals look solid and you get 100 levels of single player (plus multiplayer) fighting in which to enjoy them. This is a free game to try, and you know what that means. Yes, there are in-app purchases. There are two types of currency, so you'll have to be savvy to avoid overspending on this one.