Some of you have probably been coveting Google Shopping Express, the service which delivers groceries and other items from local retailers directly to your door on the same day, ever since it launched. But with an extremely limited rollout in only certain areas of San Francisco, Los Angeles, and New York City, it's not exactly widespread. A report in ReCode says that Google plans to spend a huge sum of money, as much as $500 million, to give the shopping service a true nationwide rollout, covering major urban areas from coast to coast. 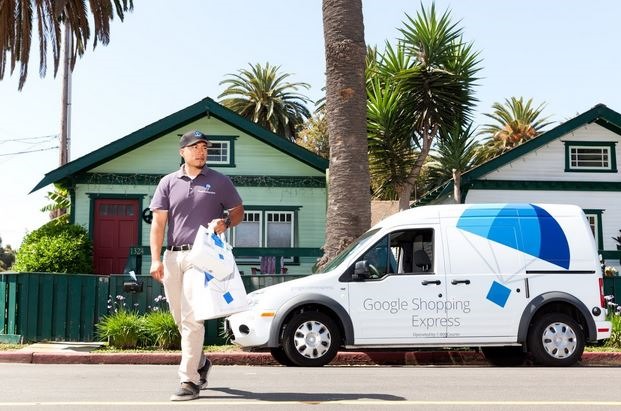 Depending on where and when a more sizeable Google Shopping Express service rolled out, it could directly challenge Amazon Prime Fresh, Amazon's same-day delivery service, which is currently only available in some California cities. Unlike Amazon's service which leverages the company's enormous distribution network, Google Shopping Express sends couriers to local retail partners like Target and Staples, then combines the shopping and delivers it to the customer. Currently the service uses a $5 per-store fee, but ReCode seems to think that a flat annual service fee (very much like Amazon's Prime and Prime Fresh options) will be the choice for the nationwide system. A Google representative wouldn't discuss specifics, but said that the company would "sustain [our] investment over time as this gets going."

So why does Google, a company with no sizeable physical distribution system, care about same-day doorstep delivery? According to the report, it's all about the search. Super-fast delivery would heavily increase the impulse buy factor, and allowing Google's search and advertising customers to tie into the system would be a boon for the lucrative product or "shopping" search engine. ReCode also cites anonymous sources that say at least some retailers want to integrate the Shopping Express system into their own online check-out processes.

One thing's for sure: a handful of American cities for Google, Amazon, and their various direct shopping competitors leaves a lot of room to grow. Whoever expands their system the fastest will have an incredible advantage in the growing market.

PSA: Enabling "Okay Google Everywhere" On The Lock Screen Means Anyone Can Place Calls And ...

TSA Will Require All Passengers On Some USA-Bound International Flights To Turn On Phones To ...