Based on evidence from two tipsters, it seems all but inevitable that Google Now will be receiving media and music playback controls at some point in the future. Some users are already seeing these actions in proto-form on their devices, which can be activated simply by saying "next song." What appears, if your account is enabled for the feature, is shown in the left screenshot. If the function doesn't work, you'll see the one on the right. 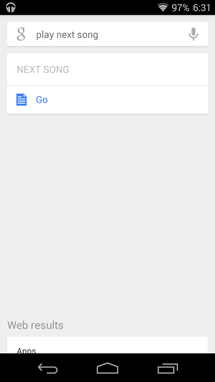 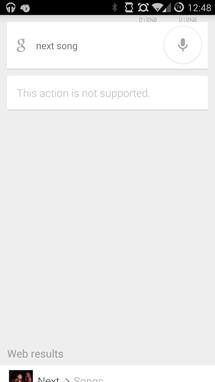 If it's enabled, it does work, but the only commands we're aware of right now are next track and stop music. You can see a video of it in action below. As for use cases, the obvious ones here are wearables and vehicles. There's really not much sense in doing this with your phone by itself (unless you use OK Google commands via an inline headphone mic), but for cars and smartwatches this is probably a necessity.

Thanks, MO and Juan!