In the video, we see developer Doug Gregory operate his living room lamp by issuing voice commands to his Gear Live. Likewise, he swipes on the watch's display to toggle the lamp manually, with the background changing to show whether the light is on or off. Later in the clip, we see this same behavior in place for his garage door.

To make the magic happen, Gregory used the AutoVera, AutoVoice, and AutoNotification Tasker plugins, which already happen to work with Android Wear. To pass the voice command back to Android, he needed root access and the Xposed Google Search API module. On the hardware front, he used an HTC One, a Gear Live, and a few of his company's products - a DKC AutoVera Starter Pack with Vera Lite and two Z-Wave Modules, along with five NFC Tags.

Now we just need Google to cut down on the lag. Each command takes quite a deal of time to execute, and we wouldn't mind seeing the latency reduced to 1/10th of what it is now. In the meantime, I guess we'll wait. 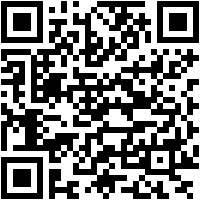