If you've been itching to use your USB DAC with your Android phones and tablets, get ready: USB audio-out support is coming to our favorite mobile OS, finally, in this fall's "L" release. Android has been without native USB audio support (some OEMs have added it in, but at the moment it's rare) since, well, ever, and the main ticket in the Android issue tracker has been there nearly two-and-a-half years. How do we know the feature is coming? Because that ticket just got closed. And it showed up in the giant "L" of new Android features at I/O, too. 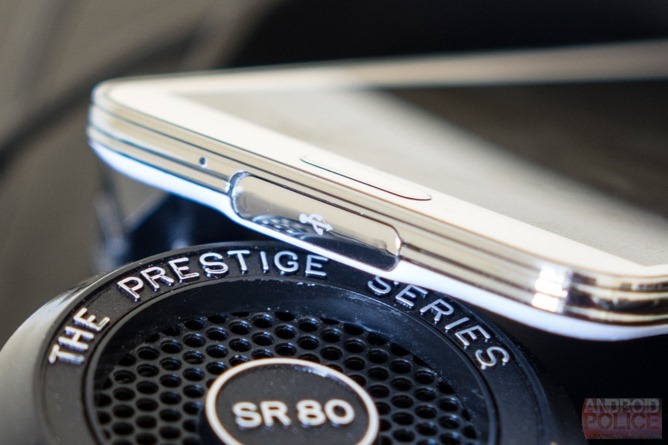 If you have no idea what this all means or why it is potentially important - don't worry, unless you're into audio equipment or a music creator, this probably isn't exactly breaking news. But for those people, this is a pretty big development. iOS has long been the favored mobile platform of audiophiles and musicians, in part because the OS has a large (and often high-end) ecosystem of third-party audio accessories that take advantage of the platform's extensive USB audio support. This includes things like DACs - digital-to-analog converters.

If you're not versed on what exactly a DAC (in the product sense) is, it's just a fancy name for an external sound card, basically. Instead of using a PCI interface, though, it connects via USB to an audio source (be it a computer, tablet, or phone) that sends the raw digital stream of sound data into the DAC which then converts it to an electrical signal (sound), and in the case of portable DACs, amplifies it, and then out it goes through a 3.5mm jack and into your headphones. All modern computers, smartphones, and tablets have DACs, too, they're just internal.

Why use an external DAC? The quality of the conversion and amplification are likely substantially higher than what your smartphone is capable of (not to say Qualcomm's latest Hexagon DSPs are anything to scoff at - they're pretty great), and in the case of powered DACs, you're able to drive headphones of much greater impedance than your smartphone would be able to handle. In all honesty, they generally only make a truly noticeable difference if you're stuck with a mid-to-low range DAC on your smartphone, or if you're using an extremely high-end set of in-ear monitors / very high-impedance over-ear headphones.

Anyway, in order to use a DAC with an Android device, you'll still need a couple of things. First, an OTG cable is necessary (like this guy). And if your DAC needs USB power, you'll probably need to route it through a powered USB hub, too. Second, your phone or tablet actually has to support USB OTG functionality which, while widespread, is not universal (the Nexus 4, for example, doesn't have it). Chainfire's USB Host Diagnostics app can check your device for compatibility, but if you're on Android 4.4 or running the "L" preview - good luck, Google majorly gimped the ability to check USB host info in Android 4.4.