Telltale games must have some sort of agreement with Amazon, seeing as all of its games show up in the Appstore before coming to Google play. Such is the case with The Wolf Among Us, an episodic point-and-click adventure based on the famed Bill Willingham "Fables" comic book series. It actually arrived on Amazon a few weeks ago with little fanfare, but it probably deserves some.

Telltale Games is known for making the renowned Walking Dead games, and The Wolf Among Us has a similar style. You go through the game as Bigby Wolf (the big bad wolf) tapping on various in-game elements and digging through conversation trees. There's a lot of murder and mayhem to be had in this title, but also plenty of great writing. 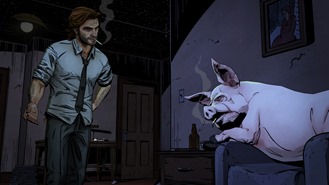 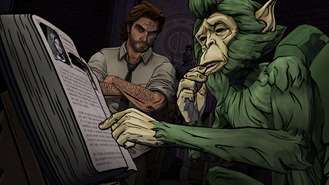 As with The Walking Dead games, you can download and play the first chapter for free. Chapters 2-5 are available as an in-app purchase (you still have those Amazon coins?). If it's priced like The Walking dead, it'll be about $15 for all the episodes.

[The Wolf Among Us]

The Witcher Battle Arena Is An Eye-Catching DotA-Style Multiplayer Action RPG Due Out Later ...