Android's upcoming L release, currently available in developer preview form, has a lot of improvements to its networking and Wi-Fi capability. One of the smaller additions that will nonetheless make a few people very, very happy is the user-facing reporting of Wi-Fi frequencies. Translation: you can finally see whether the Wi-Fi network you're connected to is using the 2.4GHz band or the 5GHz band. 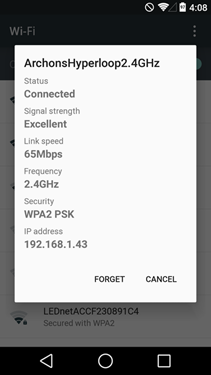 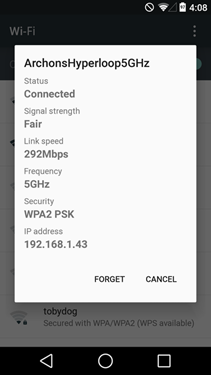 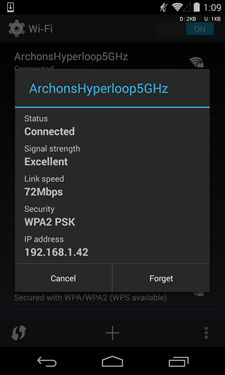 That's more important than it sounds: the 5GHz band available on newer and more high-end wireless routers allows for data transmission at up to one gigabit per second on 802.11ac. Perhaps even more importantly, it gets Wi-Fi off the crowded 2.4GHz spectrum, which is also shared by a ton of other wireless standards including landline phone hardware and Bluetooth. Some media-intensive applications, like the NVIDIA SHIELD's GameStream feature, requires a 5GHz connection to the router.

The problem is that most dual-band routers will output both a 2.4GHz Wi-Fi signal and a 5GHz Wi-Fi signal, in order to support both faster speeds and legacy hardware. Some of them even give them the same SSID by default. If your Android phone or tablet supports 5GHz Wi-Fi, there's no way to tell which signal is which without manually assigning separate names in your router's settings. That will change with Android L, which includes a "Frequency" field in the Wi-Fi settings screen.

Of course, this is still a little more awkward than it needs to be - it looks like you need to be actively connected to the network to see the frequency. An icon or contextual text in the main Wi-Fi settings screen would be more ideal. Google, you've still got a few months to add in some more functionality, how 'bout it?

[New Game] 99 Bricks Wizard Academy Is Tetris In Reverse, With Physics, And Leprechauns, And ...