Acer is one of those companies that, in my mind, builds very good budget-friendly hardware. It may not offer the fastest or the best on the block, but when you're on a tight budget, Acer is always a solid choice.

The same goes for its Android devices – Acer has done a pretty good job of placing itself in the "budget, but not really awful" category when it comes to its mobile division. The company's budget-friendly A1-830 is a great example of a decent piece of hardware for not a lot of moneydollars, and it seems pretty clear to me that it thinks affordable devices are the direction to go in moving forward. Consider its latest offering, for example: the Iconia One 7.

The One 7 is a very affordable device at only $130, and it's packing some reasonable specs for the price. 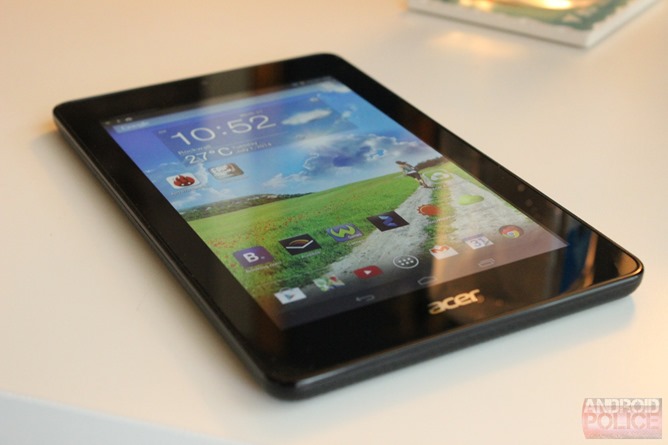 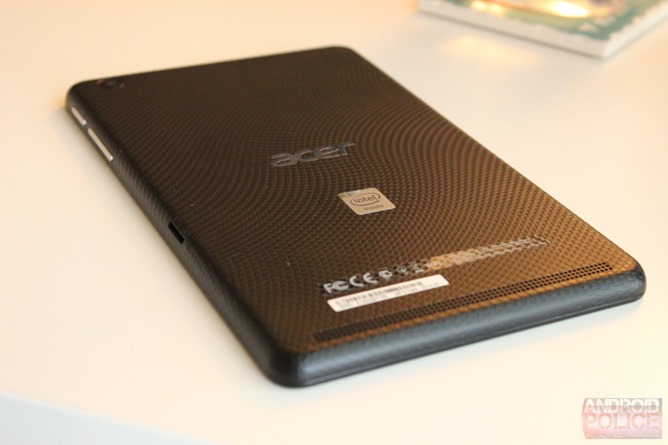 For $130, you can't expect a lot in terms of build quality, but I will say that the One 7 feels surprisingly sturdy for the price. It's really well put-together and relatively solid, and I'm actually a big fan of the back of the device: it's basically just a textured black plastic, but I think it looks and feels great.

While the back is very nice to touch, the power button and volume rocker both look (and feel) much more in line with the price: cheap. It's not as if they're going to fall off or anything that drastic, but they definitely have a low-end feel to them.

Also on par with the price is the bezel of the device: it's pretty massive. Creating a thin, light, and elegant device costs money, so you won't find any of that here – think devices from two or so years ago and you'll get the right idea.

Generally, the display is the part of any budget device that takes the biggest hit, and the One 7 is no exception. It's not the worst display I've laid eyes on, but it's far from anything I'd call "good." Like most low-end displays, it looks fine straight-on, but viewing angles are pretty bad. The colors are also fairly washed out, blacks are more dark gray-ish, and whites are dingy. At 1280x800, it's sharper and crisper than other devices around this price, which generally sport 1024x600 panels (like Toshiba's Excite Go).

You'll find the One 7's single speaker across the bottom on the back of the unit, à la the 2012 Nexus 7. Since it's on the back of the unit, it not only sends the sound away from your head, but it's also very easy to cover with your hand when holding the device in landscape. When uncovered, though, it's fine – it's loud enough to watch videos and whatnot in most situations, but that's about the extent of it.

While we're talking about the speakers, I want to point out something that Acer does on its devices that should be a stock feature of Android in general: the functions of the volume buttons rotate with the orientation of the device. This way, the volume buttons always make perfect sense, regardless of which way they're facing. That's one of my biggest pet peeves with Android, and Acer does an excellent job of fixing it.

This tablet also has two cameras: a 2MP rear shooter on the back and VGA cam on the front. Let's be blunt here: they're terrible. Dark, dingy, low-quality...just bad. But c'mon, what did you expect? Just ignore the fact that they're even there and you'll be fine. 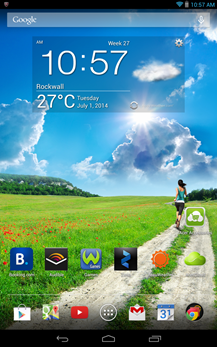 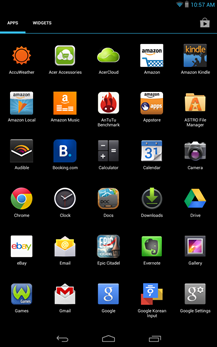 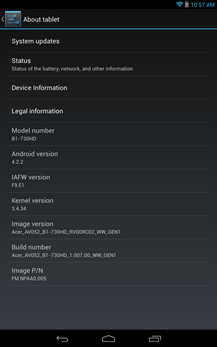 In my opinion, the absolute biggest downside of the One 7 is the OS: it's still running Jelly Bean. At this point, all new devices should be shipping with Android 4.4, and that in itself would go a long way in making this budget-friendly unit a better value than it is with Jelly Bean. It would also help keep things running snappy on the device's lower-end hardware. Alas, we can only hope for an OTA at this point.

Otherwise, it's basically stock Android, aside from that weird battery icon that Acer likes to use so much. Seriously, that thing's ugly as hell and looks so out-of-place to me. But whatever, it's just a battery.

On the performance side, don't expect a speed demon and you'll be fine. I found that Atom chip to purr along nicely for most tasks, like reading, web browsing, social network, watching videos, and all that other fun junk most people use tablets for.

Switching between tasks produced very little lag, even for a device with a single gigabyte of RAM. KitKat would only make this experience better, so let's hope Acer puts forth the effort to update this little guy.

On that same note, let's talk about bloatware. As always, Acer has thrown a bunch of its own apps on the system, as well as a handful of partner apps:

...yeah. That's a lot of additional stuff on here – some useful, some not so much. The push for Amazon stuff is strong here, as it even has a full-page Amazon widget on the second page of the homescreen. Fortunately, most of this stuff can be disabled or removed at your discretion. 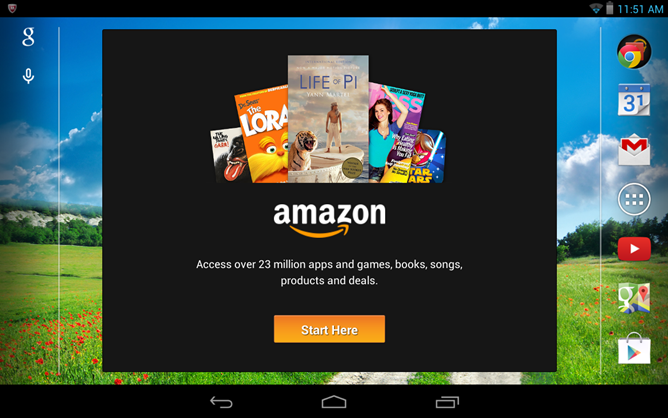 Lastly, like the A1-830, it also has that weird typing quirk where every third or fourth keystroke is much louder than the others. Why. 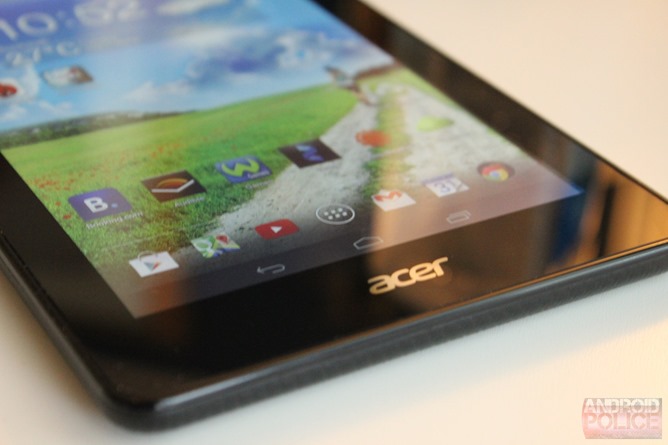 So, this is a budget tablet. And as such, I think it's OK – it's not super fast, it isn't going to replace a higher-end year-old tablet, and it's not breaking any records. What it is, though, is a good starter device for a kid, an affordable shared device for the family on a tight budget but still wants to have a tablet, or a decent reading companion (assuming you can get past the 1280x800 display. At $130, it makes it possible for almost anyone to own a tablet, which is a good thing.

For the power users, however, the Acer Iconia One 7 is not.

Google Is Killing The SMS Fallback Feature For Hangouts Tomorrow, But You Probably Couldn't Use ...