There are a few noteworthy changes in the latest Google Search update, but we've spotted one more that deserves some exploration. Ever since Google rolled out its new voice interactions as part of Google Now, settings control has been strangely absent. With v3.4 it's kind of there.

Update 6/30/14: Search v3.5 seems to have added Bluetooth support, but it still doesn't do what you really want it to. 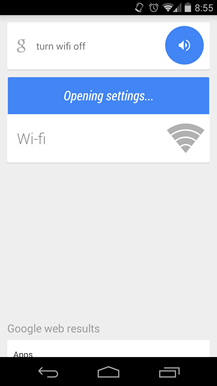 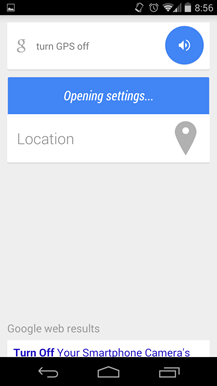 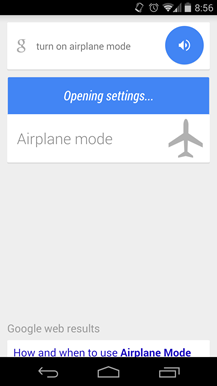 In the new Google Search, you can say things like "turn WiFi off," and the device will automatically open the correct settings menu. It does not, as you might hope, actually toggle the setting. Additionally, this seems to only work for WiFi, Airplane Mode, and GPS right now. Other settings like Bluetooth still just perform a Google search like it doesn't know what the hell you're talking about. Update: Seems to work on volume settings (open volume, turn up volume, and so on) and display (lower brightness, open display settings, etc).

So, Google is clearly working toward something here, but the feature is not fully baked. It might be handy in a few cases in its current state, but it's mostly a novelty for now.

Google Is Shutting Down Orkut, Its Oldest Social Network, On September 30th