Let's be clear about this: developers don't have any kind of obligation to update their apps for the Android L preview release. It's a preview - by definition, it's not ready for prime time, and developers shouldn't have to immediately treat it like consumer software. That said, it's nice to see that some have already begun to prepare for the full Android L release later this year. Even relatively large players like Twitter are getting in on the action. 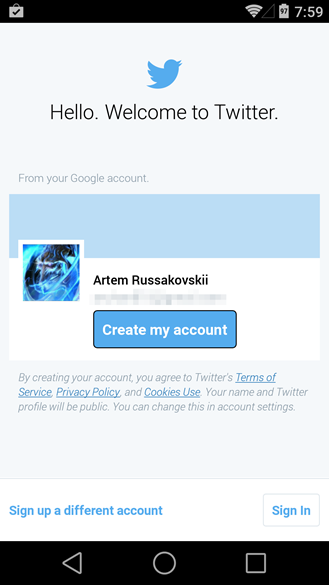 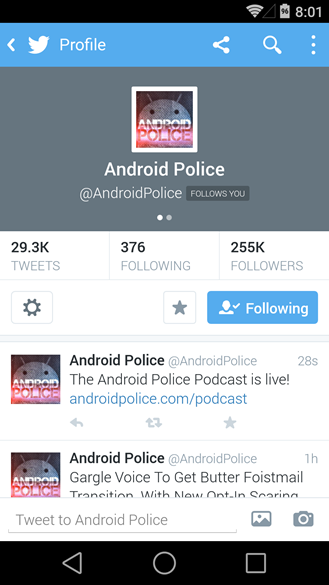 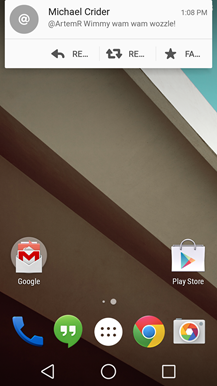 The primary Twitter app available on the Play Store is currently crashing when installed on Android L preview releases. But the beta build, available via the Google Groups program, has been given a speedy update just a few days after the release of Android L at Google I/O. According to plenty of testers and several of us here at Android Police, the new build downloaded from the beta-enabled Play Store page is working just fine. The version we've been able to confirm is 5.16.0-beta.161, which strangely has the same June 23rd update marker as the standard version.

It looks like the beta build also has heads-up notifications enabled in Android L, which means that Twitter must have marked this feature as a high priority. If you'd like to get into the beta program, head to the Google Group to request access.

[Updated] Blu Announces KitKat Updates For A Handful Of Devices, Rollout Will Begin 'In The ...

US Cellular Updates Its Samsung Galaxy S4 Mini And Galaxy Mega Phones To 4.4.2