So long, QuickOffice, we barely knew you. Well, that's not true - the app has been around for years, long before Android itself, and before Google acquired the company last year it was considered one of the better options for those who needed Microsoft Office-style editing on the go. But now that Google is integrating the main features from QuickOffice into Google Drive/Docs, most notably the ability to edit Microsoft Office files, there's no reason to keep it around. 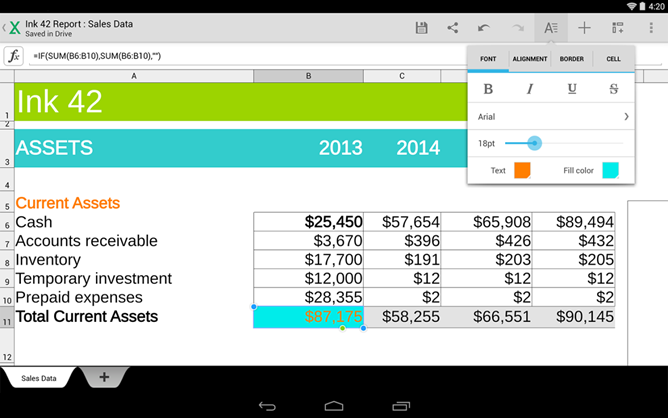 QuickOffice has passed on. It is no more. It has ceased to be. It has expired and gone to meet its coder. It has shuffled off this mortal coil, run down the curtain and joined the choir invisible. It is an ex-app. According to this short post on the Google Apps blog, QuickOffice will be removed from both the Play Store and the iOS App Store "in the coming weeks." The app will continue to function, but it won't be updated, and after it's gone there won't be any official way to download the APK.

The QuickOffice app should work on existing phones and tablets for a while, at least with current Office files. But the longer it goes without a maintenance update, the more problems it will have. The best way to continue without any issues is to switch to the new Google Docs apps or to find another alternative. Here's the updated Drive app.