Welcome to the latest entry in our Bonus Round series, wherein we tell you all about the new Android games of the day that we couldn't get to during our regular news rounds. Consider this a quick update for the dedicated gamers who can't wait for our bi-weekly roundups, and don't want to wade through a whole day's worth of news just to get their pixelated fix. Today we've got a space puzzler, a space arcade game, a space RPG... and a game about walking silly. Without further ado:

The original Eliss, a popular combination of puzzle and twitch mechanics, never made it off of iOS to run free in the green fields of Android. With the sequel, Eliss Infinity, the developer is correcting that oversight. You manage a series of "planets" spawning into space, placing them into black holes and clearing the board. You can combine planets of the same color to make them bigger, or break them apart to fit into the gravity wells, but letting different-color planets touch for too long is a recipe for galactic disaster.

The "Most Innovative Game" award-winning multitouch puzzler is back. Use your fingers to control all the planets, fuse planets together until they become giant, or split them into halves until they become tiny, you're in charge of this reactive universe. Just don't let different colors touch. Eliss is an award winning and critically praised game, with innovative multitouch gameplay, a stylish and fluid procedural design, dynamic sounds, and a superb soundtrack. It's a fast-paced puzzle/action game that will push your limits as a player. 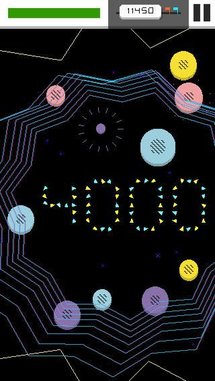 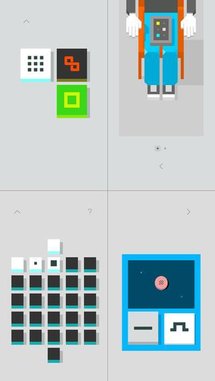 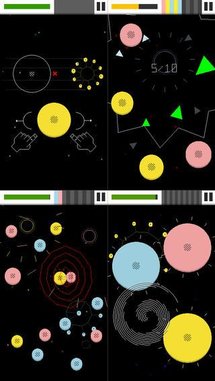 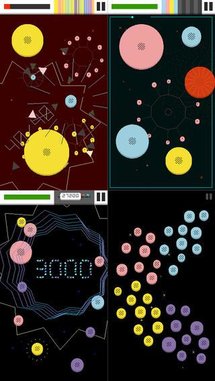 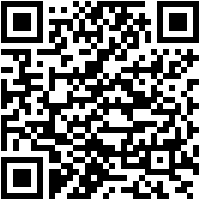 This game is basically a perfect mix of Lunar Lander and Space Invaders. If you're too young for that to make sense, try this instead: you control a spaceship that's constantly being dragged down by gravity. A single tap will fire both your rockets and your gun, forcing you to exercise near-perfect timing to hit the asteroids below you (to collect the pieces) and avoid the ones above (so you don't become pieces). Super Pixelander is free with no in-app purchases.

TLDR: DODGE COLLECT and REPEAT. An addictive twist to the classic lunar lander formula, pilot your lander to fame and riches by collecting precious space gems (because gems in space are obviously more precious) while surviving the dangerous asteroid belt filled with alien attacks and molten lava.

- hyper addictive "one more try" style game
- dodge and shoot. fight back with your awesome blaster engine that shoots..uh blasters?
- easy to control but the game is anything but easy.
- tons of weapons and hats to unlock, because things
- the best things in life are free, and free this game is 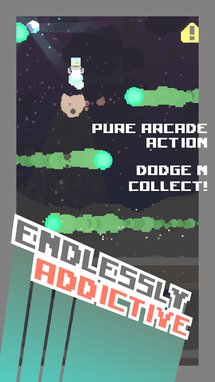 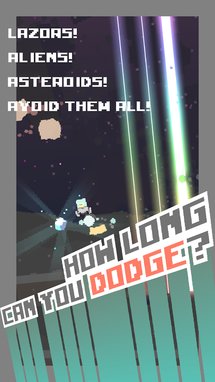 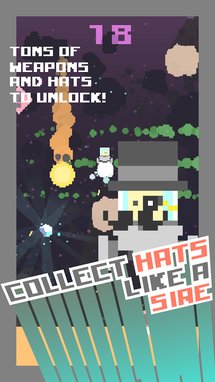 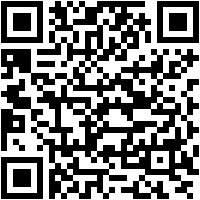 Star Nomad is an PRG at its core, but the exploration and combat are a mix of the old pirate math PC games and Asteroids, respectively. Fly your 2D ship around a surprisingly large galaxy, selling legitimate wares, smuggling ill-gotten gains, or grabbing the odd bounty or two. On the way you'll uncover the open-ended story, not to mention upgrade your ship or buy new ones. The free game has two in-app purchases, one for a souped-up ship and one for a permanent credit bonus, either of which will remove the advertising.

Star Nomad is a top-down Role Playing Strategy Sandbox. It was created as a tribute to classic sandbox spacesims of old such as Wing Commander: Privateer 1 & 2, Escape Velocity and Freelancer. Roam free in a universe rich in story and humor. Be a mercenary for hire, merchant trader, contraband smuggler evading the law or even a pirate making your fortune and fame (infamy) in the Wildlands Sector. Effortlessly fly your ship with an intuitive one-touch UI.

The Ministry of Silly Walks

Gamers, I'm afraid the Ministry of Silly Walks is no longer getting the kind of support it needs from the British government. You see there's the Ministry of Defense, the Ministry of Social Security, Health, Housing, Education, Silly Walks ... they're all supposed to get the same. But last year, the Government spent less on the Ministry of Silly Walks than it did on National Defense! It's gotten so ridiculous that our Minister Mr. Cleese has taken to walking the streets, searching for loose change, all while keeping up the fine traditions of the Ministry and trying to avoid pigeons, crates, and improbably hanging girders. If you assist him, you may keep a small amount of the coins you find for your wardrobe stipend and various helpful items. You will never have to spend any of your own money - after all, you've already paid your taxes. Now get out there, Junior Minister Second Class, and do us proud.

Unleash your silly walk across London dodging dangerous obstacles and collecting gold coins in this stupendously addictive survival game. Monty Python invites you to join that British bastion of eccentric loco-motion - The Ministry of Silly Walks. Your assignment as a member of this venerable organization is to showcase your increasingly frantic promenading as far as you possibly can. As you and your stiff upper lip travel through the streets of London take care to avoid obstacles and pesky pigeons. 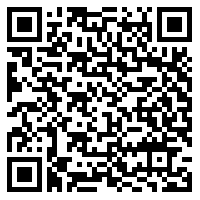 Android "L" Feature Spotlight: The Keyboard Selector Has Moved From The Notification Area To ...