Remember a few months ago when fellow Android enthusiast Amit was sick and tired of his phone's performance being subpar? Google took notice by marking his issue as "FutureRelease," thus ensuring that one day, the Performance Boosting Thing™ that he so desperately desired would see the light of day. Well, folks, that day has now arrived. The bug has been marked as "Released" and Amit's problem is now officially fixed.

Considering that Google just released Android 4.4.4, it would seem logical to conclude that PBT™ was included in that release. If you don't have a Nexus or another device that stays on the bleeding edge of Android OS releases, just hang tight. As more and more manufacturers update their phones, you too will likely be able to benefit from this amazing breakthrough in performance.

Update: During an ART talk at Google I/O, the following slide was shown to attendees, proving that PBT™ and the new Android Runtime (ART) are one and the same. 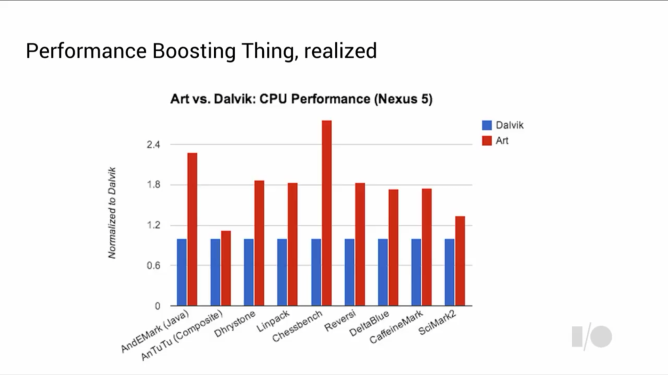 [He's Dead, Jim] QuickOffice Will Be Removed From The Play Store After Its Features Are ...