Should you decide to swing by the main Android website (which there is very little reason to do), you might notice something odd in the section describing the Nexus 5. It comes in "black, white, red, and yellow." Oh, really now?

Update: Google seems to have pulled down the mention of "yellow" and still hasn't responded. So, that's maybe a little suspicious. Or maybe it was just a mistake. Time will tell. 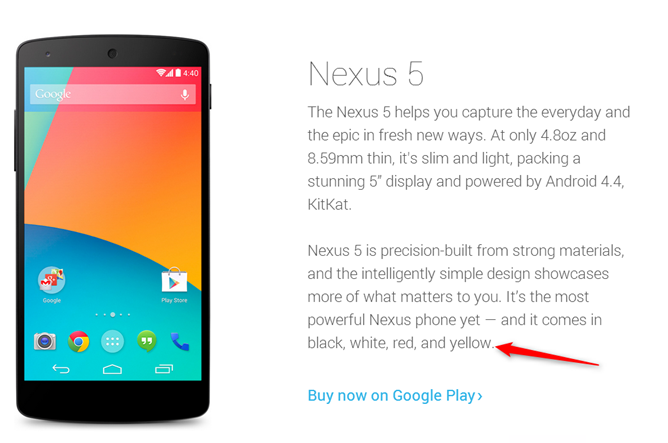 There were plenty of rumors about the red Nexus 5 before that one appeared on the Play Store, but this one has been rather under the radar. Presumably it will be about the same sunshine-y yellow as the N5 bumper case. Since this is on an official Google site, it seems like a sure thing, but no telling when it's going to appear. 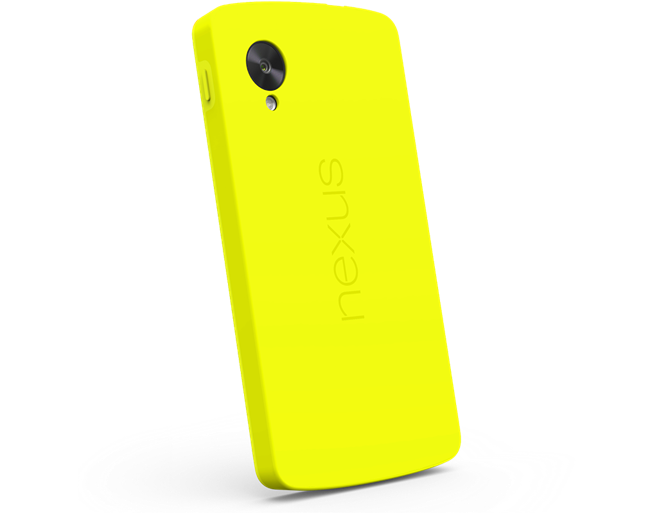 The yellow bumper: so bright

We've reached out to Google to see if anyone has a response. We'll update if we hear back.

[Android Phones and Tablets – Thanks Armin, Tony, and Akshay]