Developers, ROMers, countrymen - lend me your ears, because the SDKs for both the Android "L" release preview and Android Wear have just landed. Just fire up the SDK manager (be sure to update your SDK tools!) and you should see both are ready for downloading immediately, so you can start digging around in the latest Android releases. 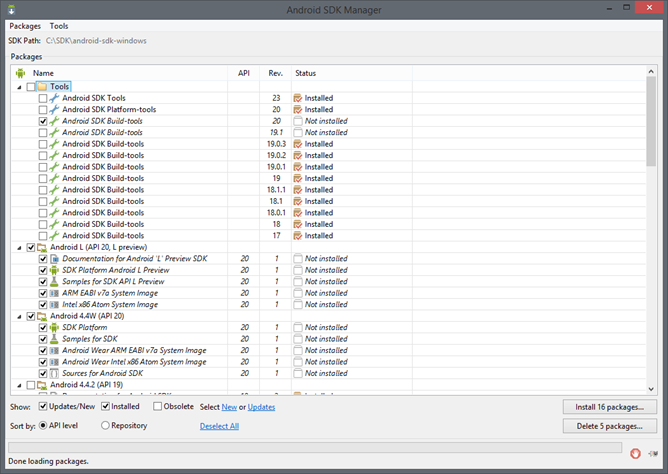 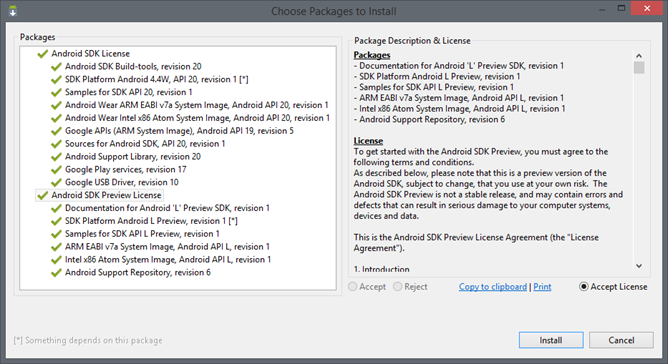 The Wear SDK was actually released as a preview a few months back, but today is the real deal, with all the Wear resources you'll need to get developing great wearable experiences for the Gear Live, LG G Watch, and Moto 360. The "L" SDK is, of course, just a preview of what's to come later this fall, though in tandem with the soon-to-be-released "L" preview factory images for the Nexus 5 and Nexus 7 (2013), you'll be able to get your apps primed and ready for what Google has called the biggest Android release since Android was released.

[I/O 2014] Project Tango Tablet Hitting The Retail Scene Next Year, Looks Like LG Is The ...