The images are live, and that means developers (and not developers) all over the world are getting their first taste of whatever version Android L is going to be (I assume 5.0). This is the most significant change Android has ever seen, but the version we're getting is slightly different than what Google showed off at I/O, but let's take a quick look at what we do get to play with. 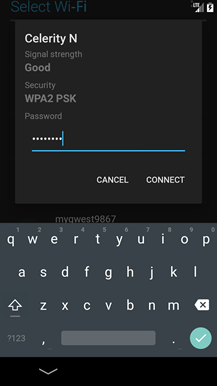 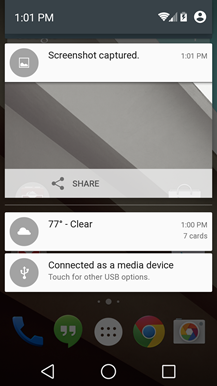 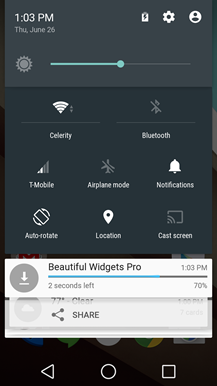 The first thing I noticed is that the developer preview still has the KitKat-style status bar icons. The L icons shown off at I/O were smooth and not broken up in the traditional way. Unlocking the device is as simple as swiping up on the lock screen. If you have a pattern or PIN, you'll be asked for it at that time. Notifications are always on the lock screen, but the content is hidden until you unlock or launch one. It's actually kind of neat how the notification shade and lock screen are tied together now, but it's going to take some getting used to. The lock screen now has both camera and phone shortcuts as well. 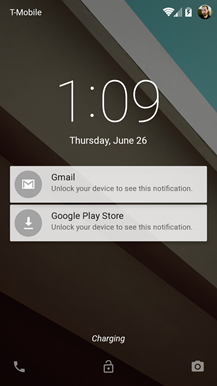 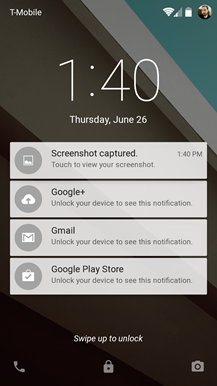 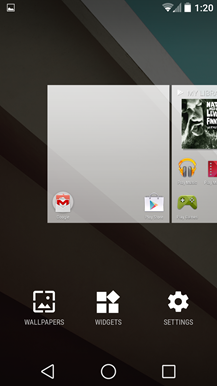 The shadow from the status bar and nav buttons is now absent on the regular home screen, which looks much cleaner. The shadows pops in when scrolling through Google Now so you can see the icons, though. The home screen itself looks very similar to KitKat – just a few icon tweaks. There are still widgets, settings, and wallpapers behind a long-press.

I can't find a setting to enable lock screen widgets... Google might have abandoned this feature in favor of its own richer lock screen experience. Also missing (at least I can't find it) is a way to activate the personal unlocking feature. That's supposed to help you avoid entering a PIN or pattern when at home or in various other "safe" situations. So far I'm entering the pattern every time. It might just be hidden, or it could be coming in a future update. 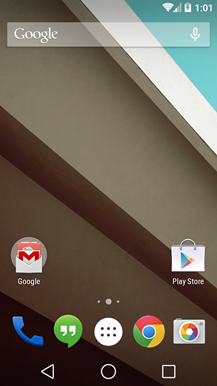 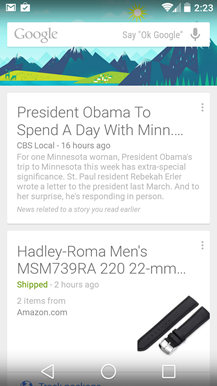 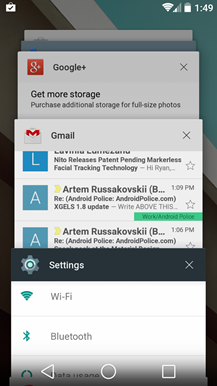 The new app switcher does look spiffy, but I'm not yet seeing multiple Chrome tabs broken out as individual items. Maybe there's some server-side change that needs to happen. I checked a lot of websites and searched for stuff to see if that would trigger an extra card, but nope. Oh, and that new keyboard seems solid. I'm not sure about the non-separated keys, but I feel pretty accurate with it.

Moving on to the notifications, there is no more two-finger gesture to open Quick Settings. Instead, you just drag down from the top again and the Quick Settings panel springs open from the top of the notification list. I think this might be a much smarter way to go about it – almost no one knew about the gesture anyway. The Quick Settings panel is also completely revamped with new icons, notification control, cast screen, and rotation lock for phones. I cannot get screen casting to work, though. The notifications are, as we saw at I/O, a list of collapsible cards. I'm totally smitten with the look, but I don't see a clear all button. This had better be an oversight. 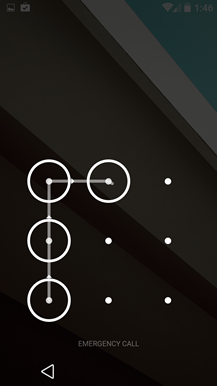 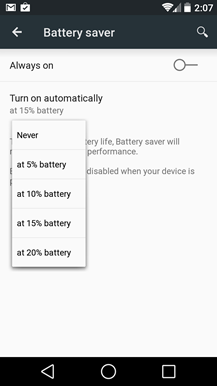 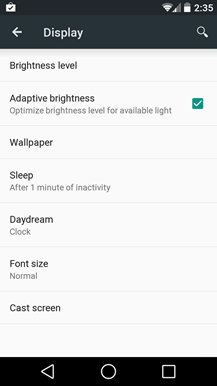 The settings screen looks completely different, and dare I say it, lovely. The icons are minimalist and the lighter theme perfectly complements the new Android aesthetic. There is also a new search button at the top to help you find things in the settings, but it's pretty buggy for me right now. The settings list is where I first noticed the new edge scrolling animation (see below). When you hit the end of a list, you get a sharp "shadow" graphic. It's way better than the white glow from KitKat, which was invisible in many apps. In case you were hoping that the settings screen would offer some insight into the name or version, nope. It's "Android L." Even the Easter egg is no help, just some colored blocks referencing this YouTube vid. 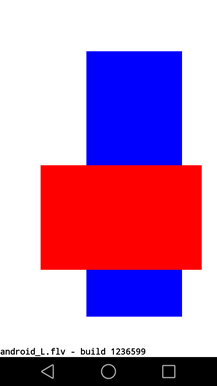 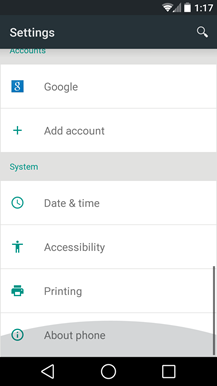 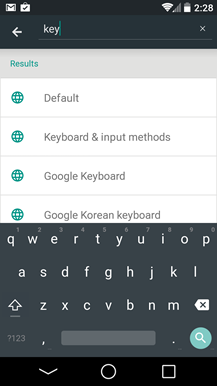 There's also adaptive brightness now so you can tweak the average brightness while still having auto-brightness enabled. People have been asking for this one for a long time. One more thing – tablets finally have a proper split layout for settings items, and it's the same for phones in landscape. It's so good. 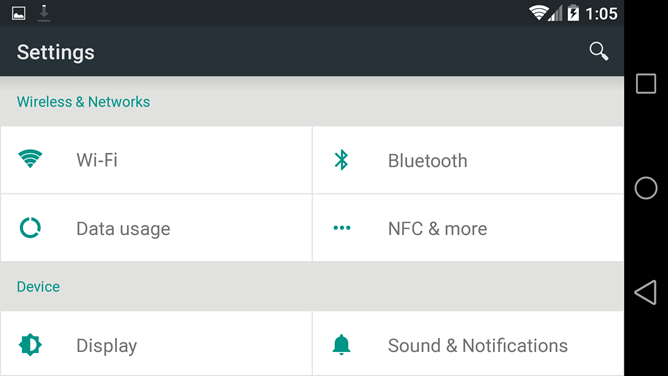 The battery saver mode is present, but there aren't many settings for it yet. Just on or off and an option to have it flip on automatically at a certain battery level. The updated battery history graph Google showed off at I/O isn't here yet, but the old one has been reskinned for L. Again, hopefully that's coming later.

Most of Google's apps have yet to be updated with the Material Design look, but the dialer and calculator are already done and in the preview. They look neat after getting use to them, but I think some developers might end up going a little overboard with all these new colors and elevation values. You might also notice that Google is implementing translucent nav/status bars differently. Look at the Pushbullet example below – the shadows are gone and instead we get a very clean, solid shaded zone in each location. 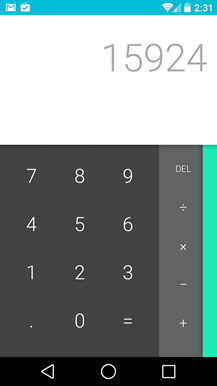 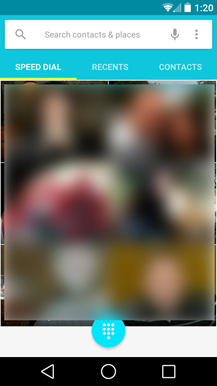 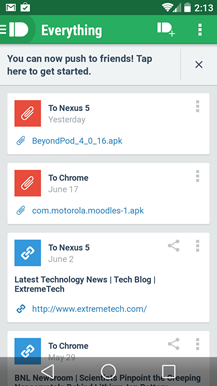 This is just a quick overview after flashing the developer preview. We're going to be digging into Android L a lot in the coming days, so make sure to let us know if you spot anything amazing.