Part of the 5000 new APIs and many small enhancements to be introduced with Android L that were revealed in a heavily packed slide at Google I/O is rotation lock on phones. That nifty Quick Setting toggle is currently only available on tablets in KitKat. On our stock Android phones, we have had to suffer the annoyance of delving into settings or using some third-party widget to lock the screen's orientation. Not anymore. 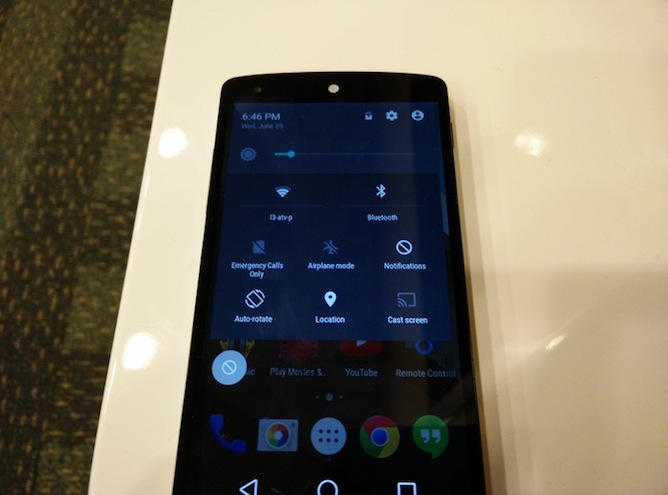 With L, whenever you are using your phone in bed or moving it around but don't want the screen to rotate with every little motion detected by the accelerometer, you will be able to lock it in portrait or landscape. Another enhancement compared to the current implementation on KitKat is that it will tell you which orientation it is set to, instead of simply switching to "Rotation Locked." 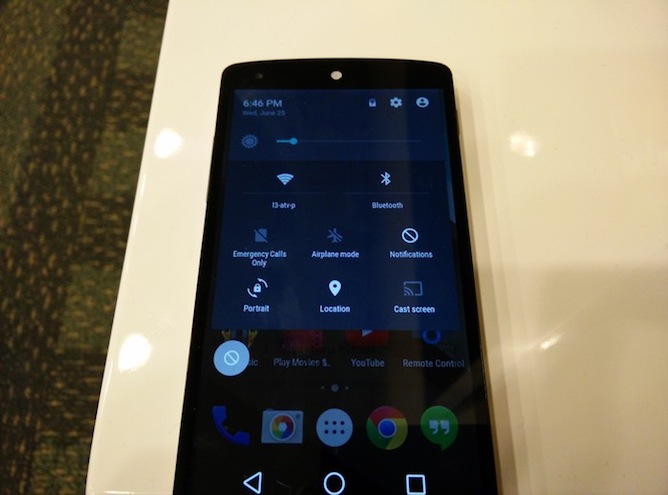 Obviously, you can simply look at your screen to see whether the app is in portrait or landscape, but this visual cue might come in handy in apps that override the default behavior and only have one orientation, like the launcher.

You can see the toggle in action in the video below. Small addition, big difference.