So, the Android L developer preview is here for the Nexus 5 and Nexus 7 (2013, Wi-Fi) and a few of us here at AP have been playing with it today. The changes are vast and quite drastic (but all pretty damn good thus far), and we want to highlight a few of the more notable things.

The lockscreen is one of the areas that's getting a pretty heavy makeover in the L release (henceforth just known as L), and, since it's generally the first thing you see when a device is turned on, seemed like a logical starting point.

First things first, let's talk about the apps that can be quickly accessed from the lockscreen. In Jelly Bean and KitKat, a swipe to the left opened the camera – that's still there, but now swiping to the right will open the dialer. Swiping up unlocks the device. It's going to take some time to get used to these changes, because I always swipe right to unlock. I've opened the dialer in L more than I think I ever have on any other build combined. (Ok, maybe not that much). 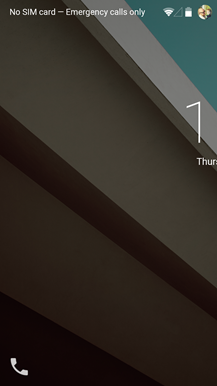 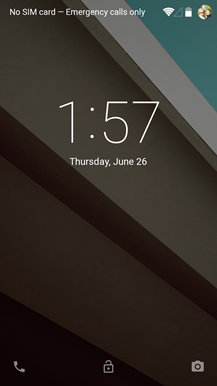 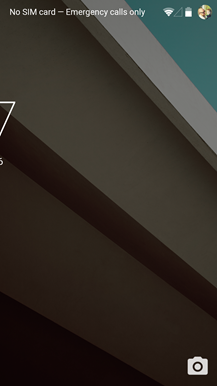 Another new feature on the lockscreen is enhanced notifications. Instead of just dropping little icons in the notification area, L shows rich notifications directly on the lockscreen, complete with a few details (like message in Hangouts). One super cool thing they've done here, though, is give users the ability to hide "sensitive" notifications from the list. It's unclear right now what is deemed as sensitive, but it still seems pretty awesome that the option is there. 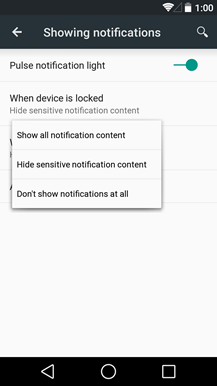 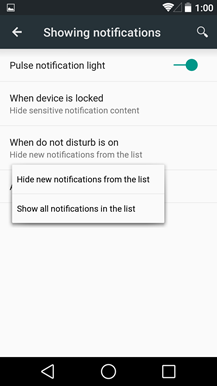 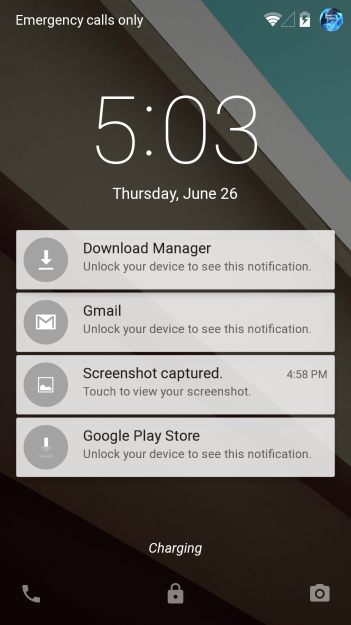 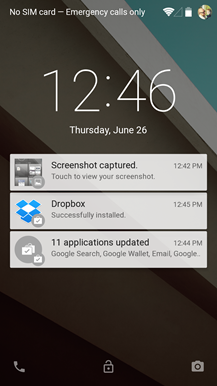 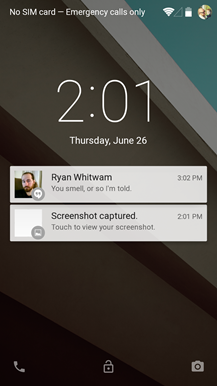 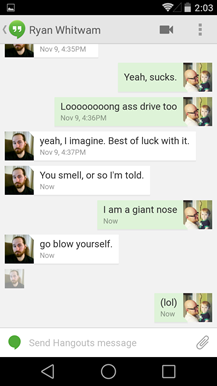 The last image is just to show where that conversation went.

Lastly, there's been a change to the lockscreen media controls. In KitKat, Google went fullscreen with the album artwork, but now it seems to be backtracking on that idea and reducing it down to a normal sized notification. It still functions the same, just in a much smaller space. My bad, guys – looks like fullscreen artworks is still going to be a thing after all. It's just not in the dev preview because it isn't finished yet. 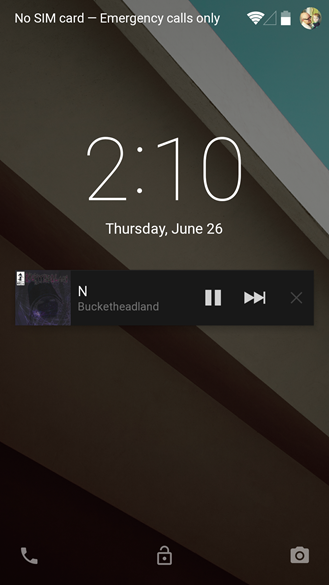 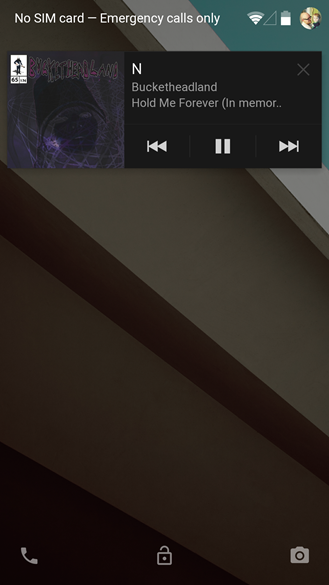 Now that we've looked at what Google added to the lockscreen, let's talk about what's been removed: widgets. Lockscreen widgets haven't been around for very long, but with the introduction of lockscreen notifications, they've already been killed off. Oh well, it was good while it lasted.

This is just the first of many dramatic changes Google has made to L overall, and we're going to be taking a closer look at many of the new features over the next couple of days.