Update: As many of you have pointed out, this feature isn't new for everyone. What is new is the checkbox you're seeing below, which was not previously a part of the sign-in process. The checkbox, now decoupled from the global "restore all the things" setting, lets you get back just the Wi-Fi passwords but not apps and settings, or the other way around (which isn't nearly as useful).

While it's not exactly aggravating, per se, having to enter your Wi-Fi password every time you get a new phone or tablet (or reset your current one) is something that doesn't exactly feel like living in the future. To that end, the Android "L" release finally does what we've all sort of wanted our phones to do for a while now: when you sign in for the first time, all your saved Wi-Fi networks and passwords are restored. 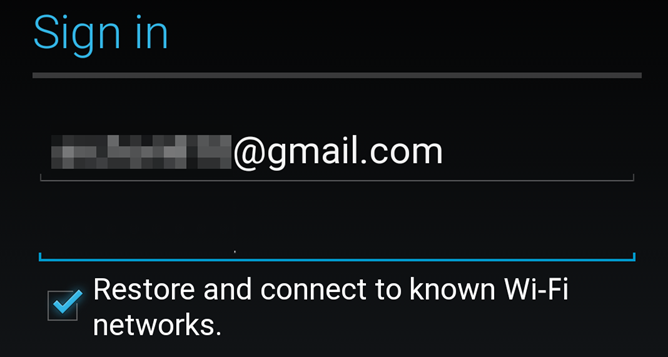 Obviously this isn't going to be as much help for Wi-Fi tablets, since you'll still have to make that initial connection in order to sign into your account in the first place, but the rest of your saved networks will sync once you've done that, so it still has value.

Just another one of the little but awesome tweaks we're finding in the newest version of Android.