A long-requested feature in Android has been a native "do not disturb" mode, similar to what Apple has featured in iOS for some time now. With Android L, that feature arrived. Do not disturb allows you to block "all interruptions" with exceptions for things like phones calls and SMS messages, which can be limited further still to contacts or starred contacts. You can set scheduling for the feature, too. 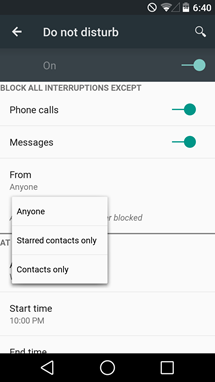 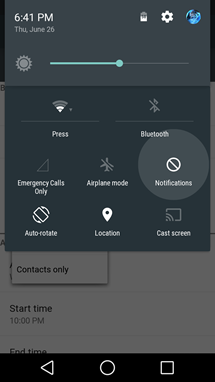 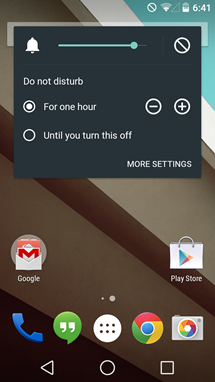 DND mode shows up in both the settings pulldown and the notification bar (though it looks a bit like a "no signal / SIM" icon if you ask me). If you tap on the "notifications" setting in the pulldown, you can quickly access DND mode through a popup card where you can set it to be active for a specific amount of time or until you turn it off - quite handy for the movie theater or a nice dinner out.