If you're looking for the auto-brightness switch on the Android L preview build, you won't find it. That's because it's been replaced with the adaptive brightness toggle, shown below. 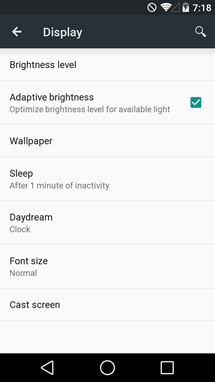 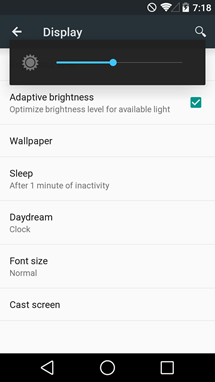 If you're familiar with iOS, you'll know this is how Apple has been doing things in regard to brightness for a while now, and many users prefer it. Samsung and LG, too, have shipped phones with adaptive auto-brightness in the past, though both seem to have shied away from it on US models of their phones in recent years.