The Moto 360 made a brief appearance in the I/O keynote with a very pretty watch face. You won't find very many pretty watch faces in the Moto 360 design contest. Still, the people have voted, and the winner has been picked. It's one David Pascual, who came up with this. 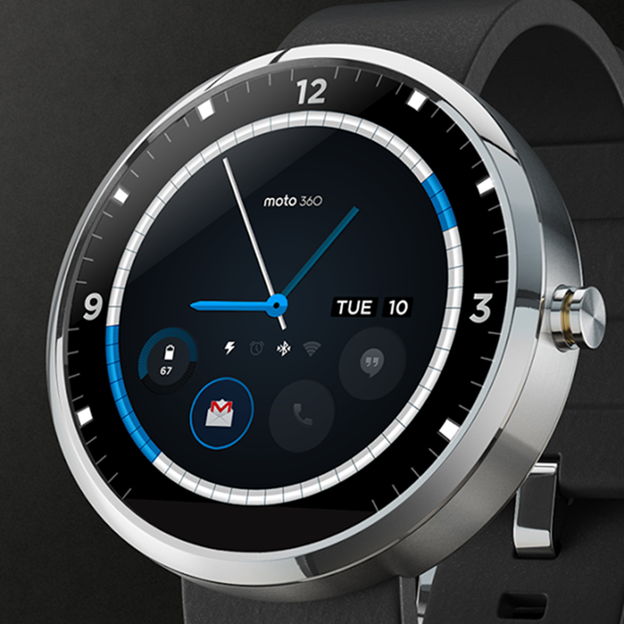 It's an attractive enough design, but there's a lot of stuff on it. It's probably too information-dense to work on a small smart watch screen. The blog post on the contest does say Pascual has a chance to get his design on the Moto 360. Presumably it will be tweaked to work properly.

However things work out on the final device, Pascual probably doesn't care – he gets a free Moto 360. Lucky bastard.

[I/O 2014] AndroidTV Is Now Official, Will Be Available Publicly Alongside The L Release This Fall