Well folks, this is it: the final build of Paranoid Android is ready, just in time for Google I/O to show us a new version of the OS. Turn out the lights, the party's over. The fat lady is singing. We'll go quietly into that... what? This is isn't the last Paranoid Android build? It's just feature-complete and stable, and development on the custom ROM will continue? Ah. Well, carry on then. 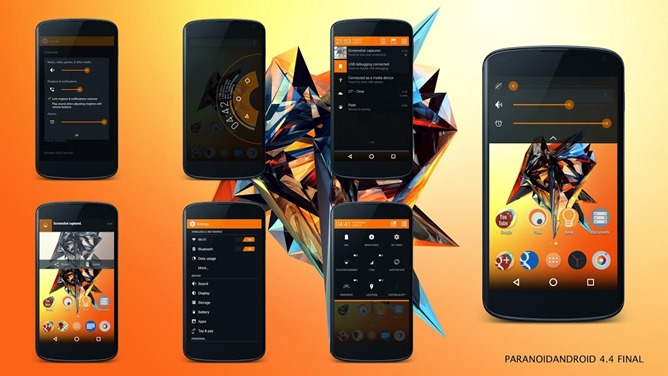 According to the latest blog post on Paranoid Android's website, the official builds are now rock-solid and the extra UI features that the ROM is known for should be working optimally. You can download the 4.4 final builds at the device hub. Notably, this release is the first PA build to merge in the latest Android 4.4.4 code, but the changes in AOSP are so minimal that they shouldn't require any advanced testing.

Paranoid Android 4.4 Final tweaks a lot of the features, most notably the volume panel, which has a visual overhaul to make it match the default hover interface. The popular PIE slide-out navigation controls have been reworked: by default it will stick to the side of a smartphone in landscape mode, like the standard virtual navigation bar does in AOSP. Hover notifications will no longer take up the full width on tablets, and the battery tile and status bar indicators are now themable.

To see the rest of the changes (including information on the theme and icon packs in the screenshot above), check out the official post.

[New App] Programming Education App Udacity Hits The Play Store With More Courses Than You Can ...