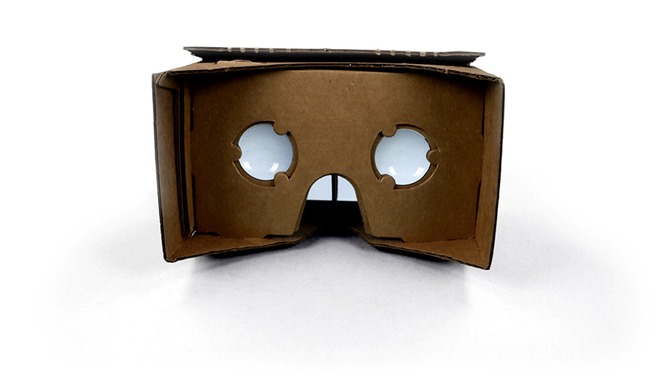 Here's the gist: Google is experimenting with virtual reality displays at I/O 2014, including a new VR toolkit for developers to try out. They've also created an Android app that will let you simulate an Oculus Rift-style, dual-screen VR headset using only your phone, kind of like that Samsung rumor from last month. Here's the problem: you don't have a headset. Google I/O attendees are getting free headsets that they can build out of cardboard, which then holds their phone at optimal VR-viewing distance. Because nothing says "international developer conference run by one of the world's biggest technology companies" like a bunch of coders strapping cardboard boxes to their faces. 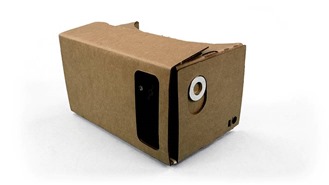 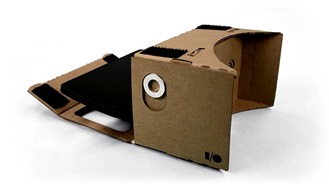 Those of you lucky readers who actually got to attend Google I/O this year can try out this app, which includes all kinds of nifty VR demonstrations, like a Google Earth interface, 3D objects, POV Photo Spheres, and simulated big-screen YouTube videos. The app separates the phone's screen into two sections, one for each eye, which allows the stereoscopic effect to work inside the headset. All cool so far.

The puzzling thing is that Google seems to think that all the kids at home will want to try this out too, and want it so much that they'll be willing to build their own VR headset out of cardboard. I'd be juuust about up for this, since I've got dozens and dozens of Amazon boxes lying around. Here's the parts list:

So you put all this together according to the plans available on the Cardboard developer site, and... oh, wait. There's one more thing: 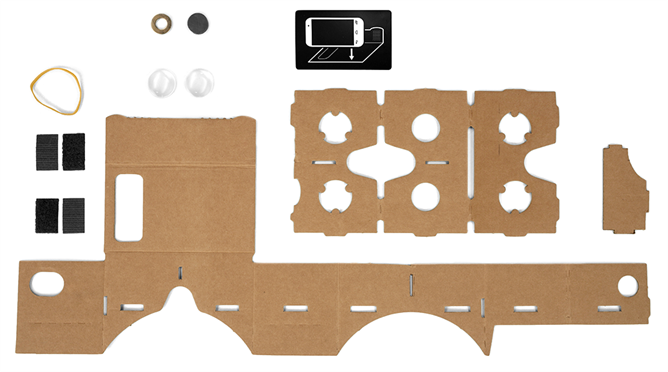 Yeah, I'm sure I've got those just lying around. These lenses will simulate the wide-angle view of a VR headset, approximating the extremely wide angles and peripheral vision necessary to make a convincing VR environment. If you're still on board, Google recommends buying lenses From Durovis (US, EU).

So, if you get all that together, you can try Google's nifty little phone-based VR experiment, and even code some of your own. Good luck. I'll wait to see if this is just another one of Google's flights of fancy, or if they're actually committed to doing something with VR.

Note: One Amazon merchant seems to be re-selling the $10 lenses at an insane $250. Please ignore "AdibTea," on account of being an opportunistic douche.