During the presentation for the L release, Google talked a little bit about the new search experience in Google Now. Firstly, there's a huge focus on animations and fluidity, with animations running at a super fluid 60 FPS (this is LEGO). It looks so good. 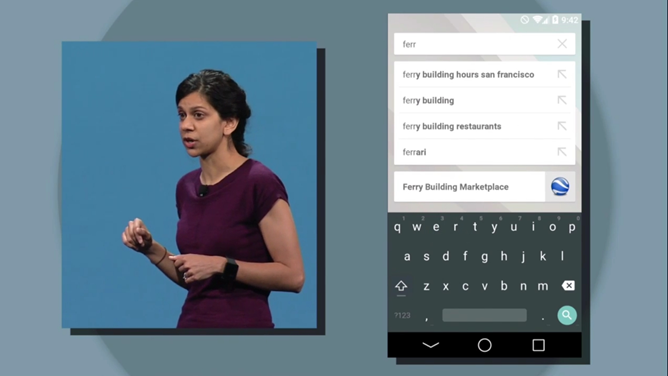 Further, all installed, relevant apps will be able to launch from Google Now. This has been a feature available to a handful of apps for a while now (like IMDb, for example), but with the L release, the API is becoming available to every developer, so all apps can be incorporated into Now's search results. Update: This is live now.

Google just updated its Search Blog with details of a slew of new apps that are already part of Now, now:

That's a ton of apps. 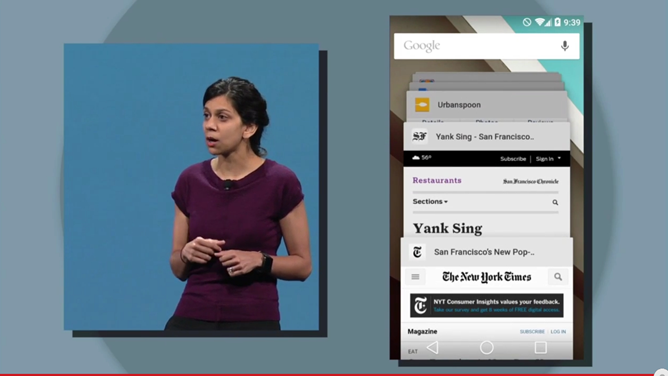 This update will also bring what we've all come to know as Hera – Google's new take on multitasking across multiple devices. It's not as encompassing as we once thought it might be, as it mostly focuses on open Chrome tabs and search (as opposed to all apps and running processes), but it still seems like a very powerful tool to help users flow freely between mobile and PC.

There's a lot to take in right now, so we'll update this post as more information becomes available.