There's finally a new Slides app for Android (and iOS), but that's not the end. All three of Google's office apps are getting some new features, including their own full version of tracking changes. 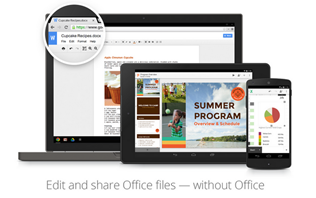 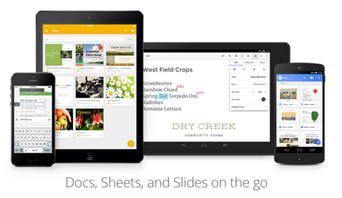 There are three improvements in the way these segmented Drive apps work. Google mentioned that all three apps support offline editing, but that already happened when the separate apps were announced. At any rate, it's there now. When you reconnect, the changes will sync normally. Google's office suite will also be able to edit and save Microsoft Office documents. The only option before was to convert them to Google's format if you wanted to edit. Lastly, Google is rolling out a new "Suggest Edit" mode to enhance collaboration in Drive. People can suggest a change to your shared docs, and you can then accept or reject it with a single click. It's basically track changes from Office (see the GIF below).

Google now has 190 million active users of the Drive office suite, and they'll be able to enjoy these features across all their devices – phones, tablets, and desktops.

Winner Of Motorola Face-Off Design Contest Announced, May Show Up On Your Moto 360 Whether You ...

[I/O 2014] Chromecast To Get Live Screen Mirroring, Casting From Other Networks, And Google+ ...