Today's Google I/O isn't exactly the coming out party for Android Wear - the company has already demonstrated the wearable platform in a preview form. But for developers, it's the main event: the full Wear software development kit will be available soon, and some of the more esoteric capabilities were elaborated upon. The early portions of the keynote demonstrated the user interface, which we've seen before, but the demonstrated capabilities are nonetheless impressive. 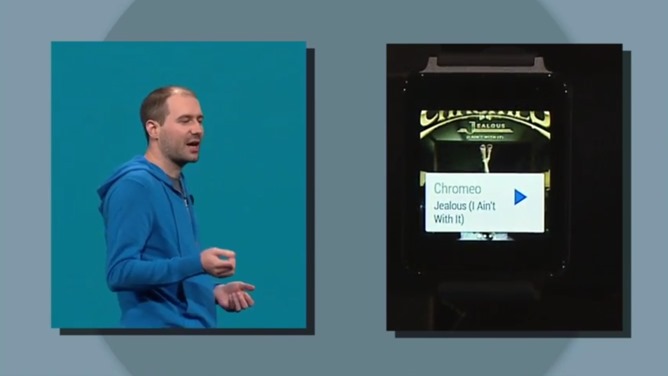 Wear is basically a list of tiny notifications, which can either be static or include synced functionality. Most of these notifications are the same basic stuff you've seen in Google Now: airport alerts, calendar reminders, weather information. These items can be split into multiple pages accessible with a side-swipe, and dismissed in the same way that Android notifications are. When dismissed on the watch, the relevant notification will also be dismissed on your phone, cutting down on general headaches. 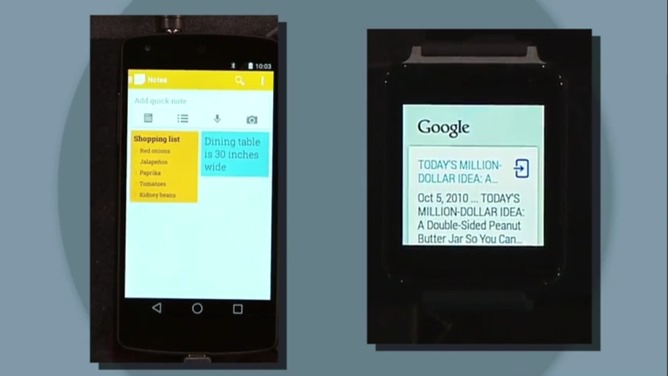 App data, such as saved notes in Google Keep, will also be constantly synced between your phone and watch. To install relevant apps on a Google Wear device, just install the primary app on your phone; the Wear app will automatically appear on you wrist, no Pebble-style installation required. The Google I/O demonstration showed a pizza ordering app with multiple steps, and more mundane things like basic definition and music controls will also be available. 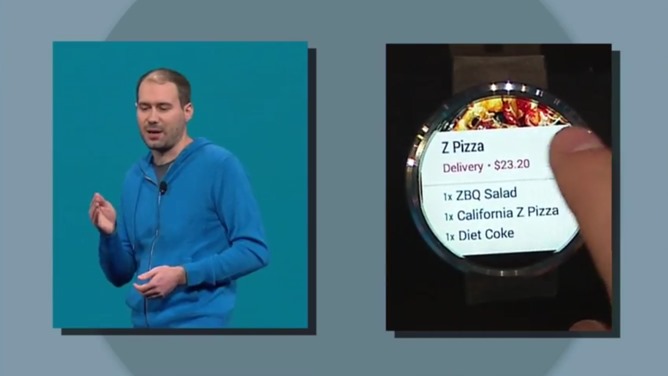 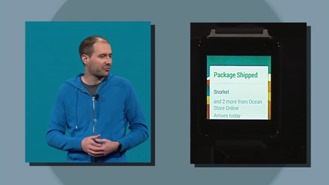 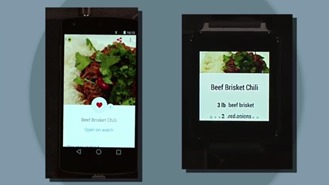 As we've seen with the Moto 360, wear supports multiple watch faces. On the main watch face (which will be "always on" for at least some models, including the LG G Watch), you can tap and hold it like a wallpaper to choose between faces. This is also where you'll enter "OK Google" commands.

When you get a call on your phone, you can tap to answer it, or choose from canned SMS replies, which should be handy for the theater. If you'd rather not be disturbed at all, there's an easy "mute" mode accessible with a downward swipe, which won't be disabled until you tell it to stop. This will stop all audible and vibrating alerts. There will also be fitness support with a basic pedometer and step history, and in at least some cases, heart rate hardware. Proximity detection will allow smartphones to bypass the Android lockscreen when a recognized Wear device is near. 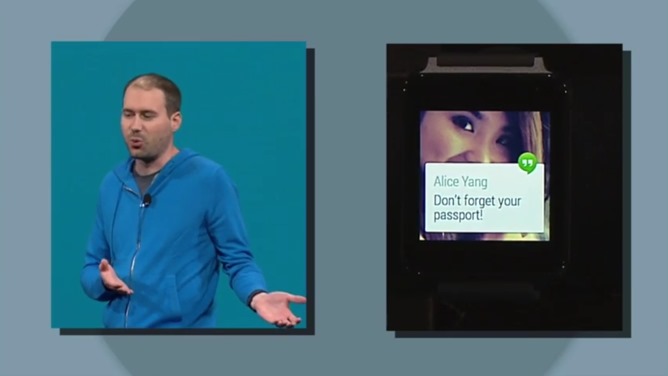 On the hardware front, Google announced that all the Android Wear devices currently in development are waterproof. LG's G Watch and the newly-announced Samsung Gear Live will be available in the Google Play Store later today, presumably in the United States. Unfortunately, the Moto 360 with its unique round screen has been pushed back to a nebulous "later this summer." Specifications and prices were not mentioned.

We'll update this post when the full Android Wear SDK is available later during I/O.

Update: The Android Wear webpage has been updated with pretty pictures, but the full SDK still hasn't been posted to the developer site.