Spectators have long wondered whether/vehemently argued that Android and Chrome OS will merge someday, and while Google hasn't shifted towards turning the two operating systems into one, it has taken advantage of this year's Google I/O to show Android apps running on a Chromebook. The company only demoed a few of them and made no promises of complete compatibility across all apps, but it did show the likes of Evernote and Flipboard running just fine. 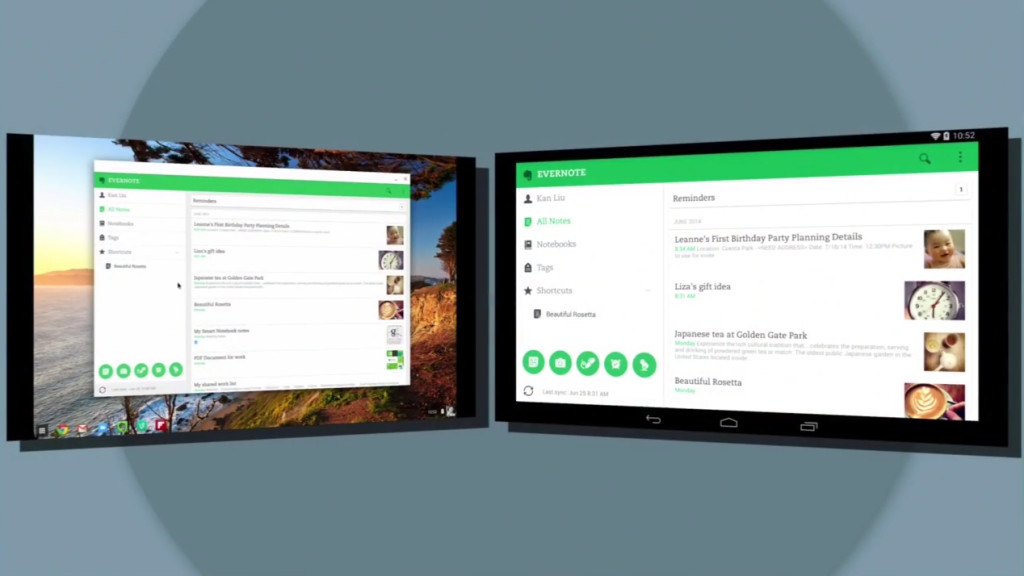 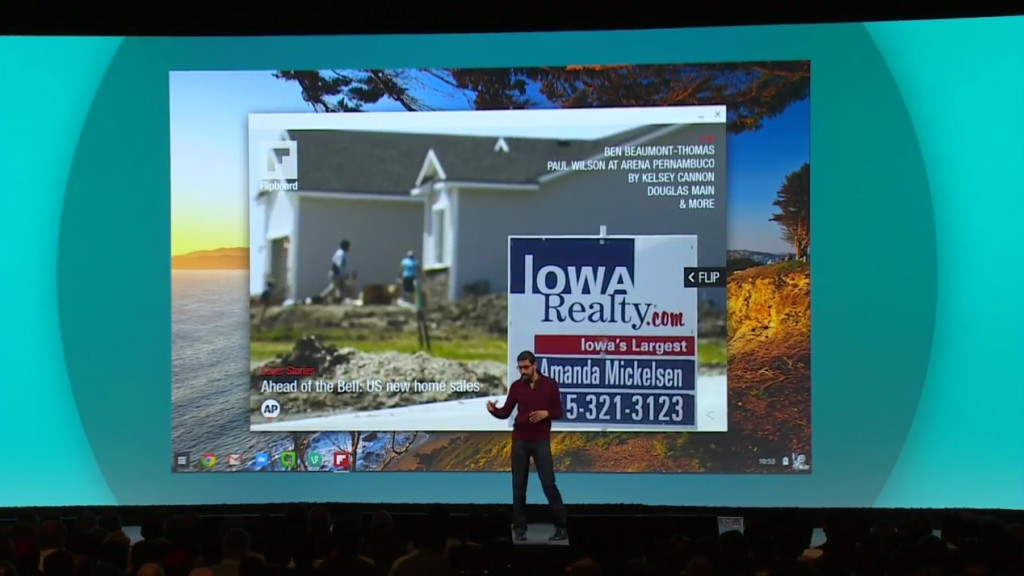 The tablet versions of these apps make for a nice experience on a Chromebook's larger display, but there's support for phone-oriented versions as well. Vine opened in a small window similar to Google Keep for Chrome OS, and more impressively, the app was able to tap into the laptop's webcam just as it would on a handset. 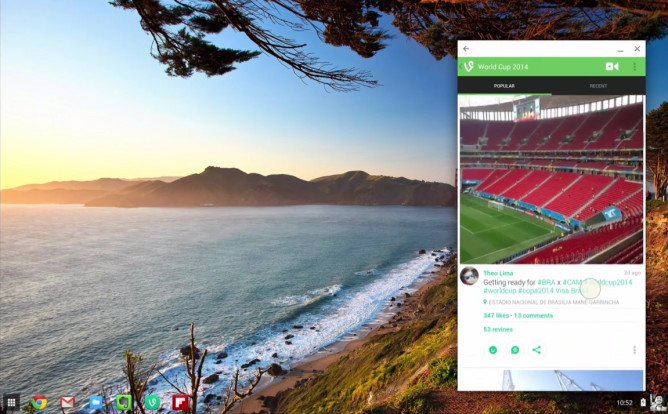 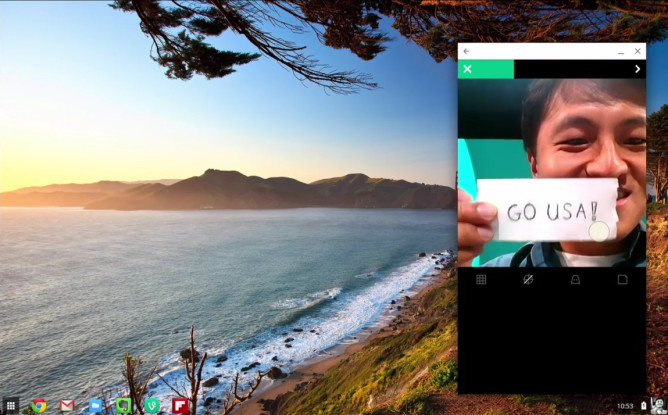 Chromebooks already have rudimentary Google Now support, but the company revealed additional cards and support for notification mirroring with an Android device. This feature, which is similar to what we've seen from the Pushbullet folks, can display incoming texts and calls on a smartphone and a Chromebook simultaneously. 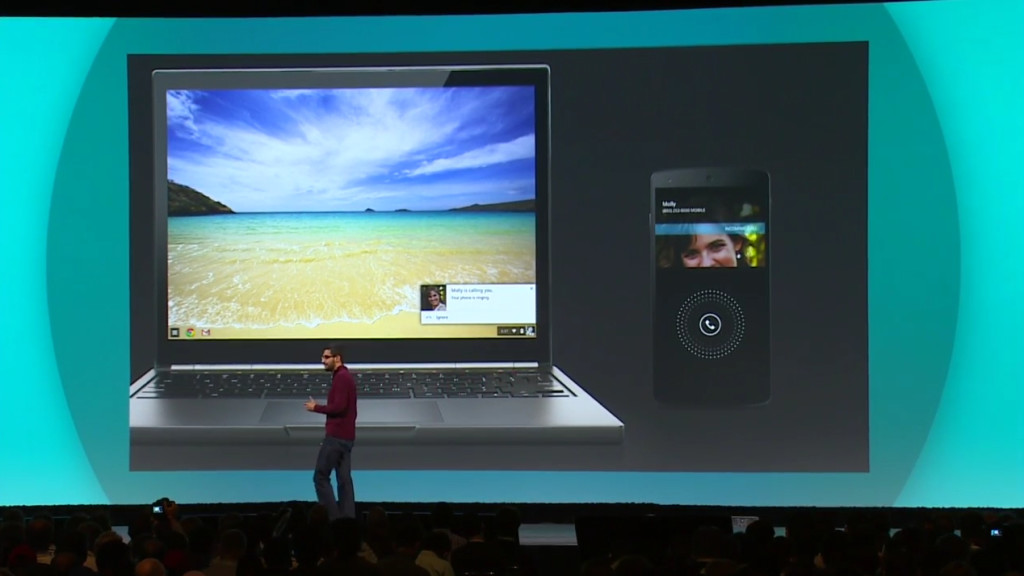 Google also demoed how an Android device will be able to automatically unlock a Chromebook once they get into close proximity of one another, a feature we've played around with an unfinished early version of in the past.

That's it for now. Look for more information to trickle out in the months ahead.

[I/O 2014] Chromecast To Get Live Screen Mirroring, Casting From Other Networks, And Google+ ...