Not only is Google announcing all sorts of stuff today, but it's also updating a slew of its apps (it is Update Wednesday, after all). Today's Google Search update brings a huge improvement: "OK Google" hotword detection to any screen... even the lockscreen. If you're plugged into a charger, the feature will even work with the display off. This lines up with the earlier rumor that it was coming eventually. 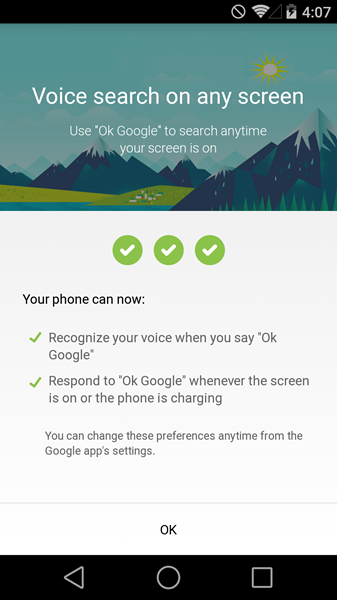 Once enabled (Google Now > Settings > Voice > "Ok Google Detection"), you'll have to enable Audio History and say the words three time in order for Now to register your voice – much like setting up the hotword detection on the Moto X and recent Droid devices. After that, it works beautifully. You can also choose whether or not to have it work on the lockscreen.

It appears this feature is rolling out by account, not APK. While basically everyone on the AP team is already running the latest version, I'm the only one seeing hotword detection. So, be calm young panda, it'll get to you soon enough.

Update 6/26/14, per Google: "Ok Google from any screen will be rolling out on most Android devices running KitKat over the next week, and will initially be available in the US for English speakers." 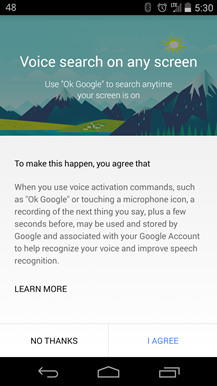 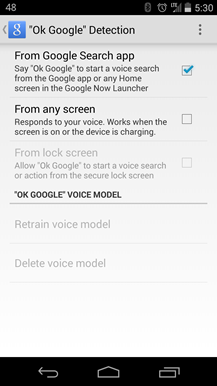 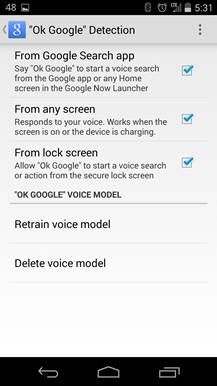