When it comes to pocketable speakers, there's generally one in particular that most people think of: the Jawbone Mini Jambox. Jawbone really made a name for itself with the original Jambox (which is really portable enough in its own right), so the only logical thing to do was make a larger version (the Big Jambox), as well as a smaller, more pocketable version.

Up until now, Jawbone hasn't had a lot of competition against the Mini Jambox, especially in the $100(ish) price range. SoundFreaq is looking to change that with the Pocket Kick, a smaller take on the company's Sound Kick speaker. In fact, they are so sure their speaker is better, they actually sent me a Mini Jambox and an AB switcher box along with the Pocket Kick so I could compare the two.

Spoiler alert: Jawbone should be ashamed of itself. 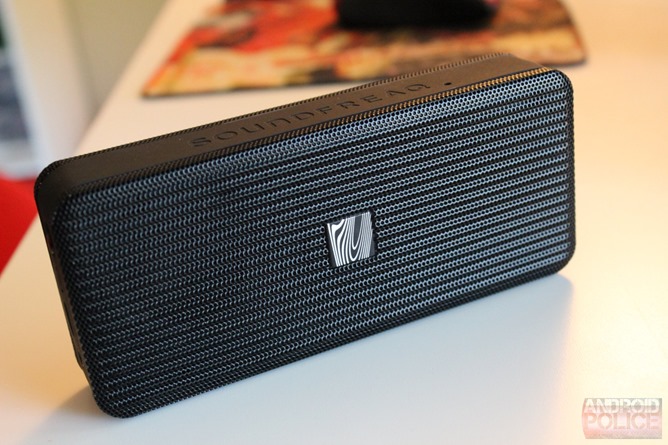 So the Pocket Kick isn't anything remarkable in terms of design – it's just a little box that puts out sound. The front and rear grills almost feel like a tightly woven fabric, though they're clearly metal. The top of the speaker just has a Soundfreaq logo; power, Bluetooth, microUSB, and auxilliery input are all on the left side, with volume controls, the play/pause button, and a small area for a clip on the right. It's very simple, clean, and designed for portability – it measures 6" x 2.5" x 1", so it has a pretty small footprint. 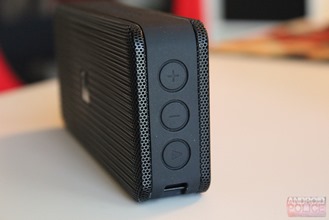 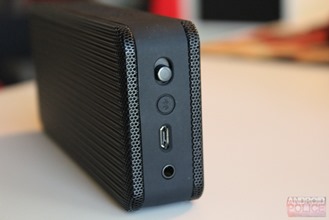 When it comes to build quality, I could see the Pocket Kick taking a beating. It probably wouldn't handle a fall from a rooftop (or even down a flight of stairs), but it feels like it could take being tossed in a bag a jarred around time and time again. It's solid. 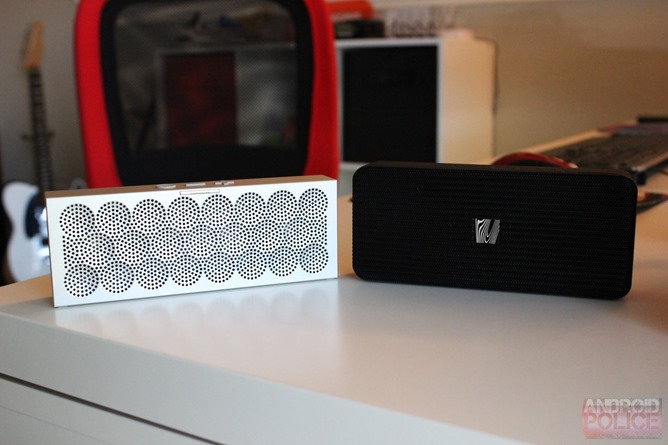 We've already established that the Pocket Kick is a small, ultra-portable speaker, which generally equates to equally as tiny sound. I wouldn't say that the PK sounds tiny (or even small), but don't expect a ton of low-end. It's not non-existent by any means, it's just not a powerhouse. It's simply not possible to get a lot of bass out of such a small, thin package.

With that said, it's extremely clear and articulate – what it may lack in low-end, it definitely makes up for in clarity. Highs are prominent on the Pocket Kick, though not shrill or harsh. Mids are audible without being overbearing. If you're not a bass freak, then you should be very happy with the sound quality here – when compared directly with the Mini Jambox, it's very clear how much better the Pocket Kick sounds. It actually makes the MJ sound very muddy and quiet. The Ultimate Ears Mini BOOM gives the PK a better run for its money, and while it has a lot more bass, it lacks overall clarity in comparison. When A/B'd against the PK, the Mini BOOM sounds like it's covered in socks or something. Like you're listening to music through your dirty laundry. 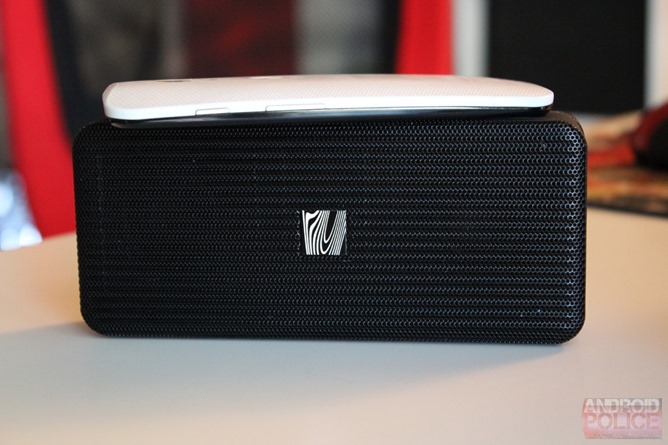 All in all, if you're in the market for a small speaker that takes up little space in a backpack or can be tossed in a jacket pocket, Soundfreaq's Pocket Kick is a great option. If you've been looking at the Mini Jambox, stop – get this instead. The sound quality is worlds about from Jawbone's offering.

In fact, I'd say that for the size/money, the Pocket Kick could easily give any comparable speaker a run for its money.

Google To Do Next Android Version (The "L" Release) Apple-Style: Preview At I/O, Release In The ...