The big question on everyone's mind when Nokia revealed the Android-powered X line was whether their new masters at Microsoft would continue the line after the acquisition. It looks like Redmond is ready for another lap around the Android pool, at least in conjunction with its extensively-customized software load, because Nokia just announced the X2 for immediate release. The 99 Euro ($135) phone is "available immediately in select countries globally." Both global and select, huh? 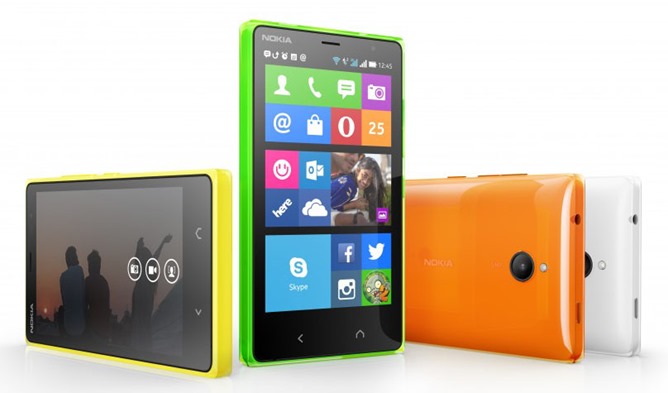 This is technically a second-generation phone, and the X2 is the fourth Nokia retail device to run Android, but since it's only been four months since the unveiling of the original X, X+, and XL, I'd say that this is more of an evolutionary step than a true sequel. With a low off-contract price and dual SIM card slots, it's clear that Nokia's Android ambitions don't extend past low-end market segments. The rest of the specs, including a 4.3" 800x480 screen, a 5MP rear camera, a front-facing camera that's "perfect for Skype," a Snapdragon 200 processor, 1GB of RAM (besting the previous phones), and just 4GB of storage (plus a MicroSD card slot), also aim pretty low. 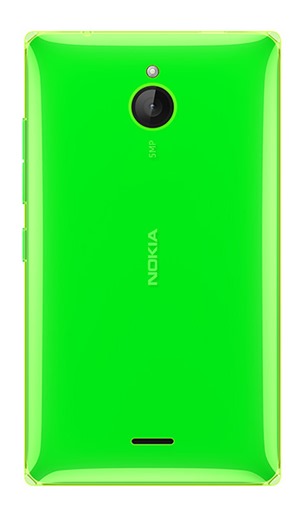 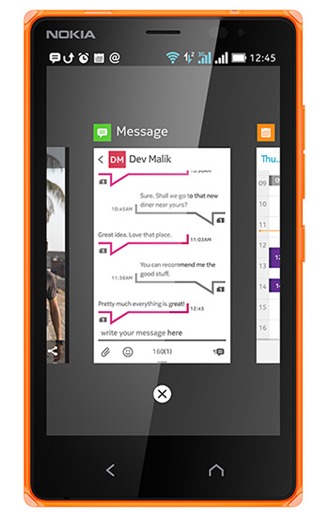 All that being said, Nokia has a reputation for rock-solid build quality, and the X2 seems to be keeping that up. The phone will come in multiple colors, each coated in translucent plastic for a glossy, shiny look. Nokia isn't talking dimensions, but "chunky" would be about right, though the inclusion of an 1800mAh removable battery probably accounts for some of that. The second incarnation of Nokia's Android hardware includes a home button in addition to a back button, which can access a custom Recents menu with a long-press.

Like the previous Nokia X phones, the X2 runs a super-customized version of Android, which looks like some flavor of Jelly Bean. All traces of Google have been stripped out and replaced with Microsoft-powered alternatives like Skype, Outlook, and OneDrive. Nokia's purpose-built app store will give you access to new software, but naturally, there's no room for the Google Play Store. Don't expect this to pop up on American shelves any time soon.

[Update x2] UpgradeSwap Has Stopped Buying Used T-Mobile Phones, And You Probably Should Too