If you want an Galaxy S5 Active, your only choice is AT&T. Meanwhile, the newly announced Galaxy S5 Sport is a Sprint exclusive. Of course, these are pretty much the same phone with tiny aesthetic differences. Sprint is really pushing the fitness angle, though. 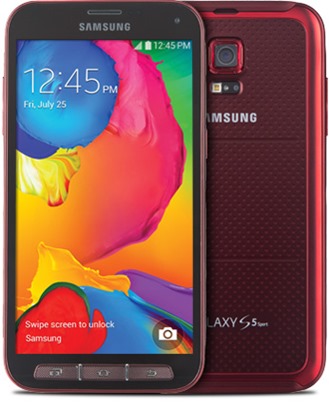 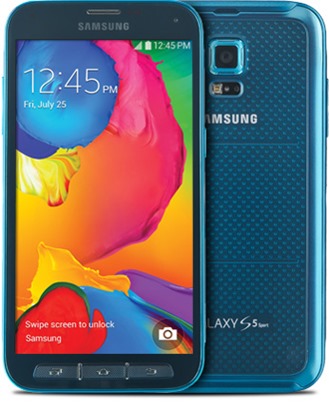 The GS5 Sport has the same trio of physical buttons on the front as the Active, and the specs are the same. You can get the gist simply by reading up on the Active, and pretending it says "Sport." It's IP67 rated for water and dust resistance, and it's got a beefier, more textured casing than the regular GS5. Sprint is including six months of Spotify and a year of MapMyFitness MVP with purchase. This plugs into Sprint's new Fit Live hub, which is coming to all Sprint phones this year(yay, bloat). The device will come in either blue or red, presumably because it's sporty.

The device is going on sale July 25th with a limited time offer to get $50 off a Gear Fit. Pricing is listed as $27.09 for 24 months on Easy Pay. Sprint conveniently neglected to mention on-contract pricing, but it's probably going to be $200.

Verizon Is Apparently Dumping Its 100MB A Month Of Free Data For 2 Years Deal For Chromebook ...