We've been hearing rumors about Tegra-powered Chromeboooks for quite a while now (anyone remember the supposed Tegra 4-powered Chromebook Pixel?), but it looks like the first one could actually be set to release in early August. According to a product listing on Swedish retailer Komplett.se's site, the Acer-built Chromebook CB5 is packing a Tegra K1, 4GB RAM, a 32GB SSD, and a 13.3" HD display. Looking at images on the site, it appears that the device is sporting two USB 3.0 ports, an ethernet HDMI port, 3.5mm headphone jack, and an exterior that's ready to give the Samsung Chromebook 2 a run for its money. 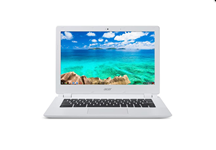 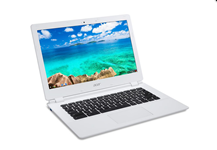 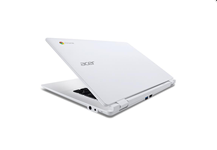 Unfortunately, all other details have since been pulled from the site, but the original listing showed a launch date of August 1st. This all but confirms not only the existence of a TK1-powered Chromebook, but also a tentative launch date. 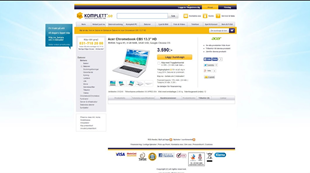 Aside from the Chromebook Pixel, this may be one of the most powerful Chromebooks we've seen hit the market to date – here's to hoping that "HD" screen is 1080p, which might just make this the "perfect" Chromebook...at least for now.