Nokia doesn't have much to do with Android, but it does make those super-cheap Android devices with the wonky interface and no Google services. That's not the extent of Nokia's Android ambitions, though. There's a new launcher from the company called Z Launcher, and you can try it right now. Make no mistake – it's basic, but kind of neat.

This is a "pre-beta," which probably means there will be some broken stuff. It seems to run well enough, but the features are sparse for the time being. Z Launcher is a single panel with a clock and upcoming appointment at the top of the screen. The list of contacts and apps below that changes based on your usage throughout the day. You can draw letters anywhere on the screen to filter your apps and contacts, surfacing the ones you want. Down at the bottom is a dock with a link to a full app list and a few app icons. It seems like you should be able to edit them, but I'm not seeing any way to do it. 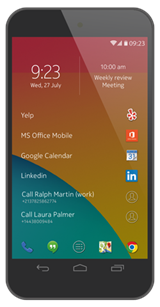 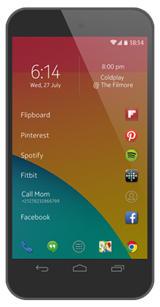 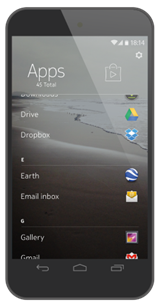 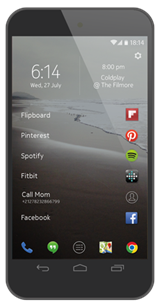 Z Launcher might be related to Nokia's ongoing Android side project. Maybe it just wants help testing this launcher for use on future devices, assuming Microsoft lets the division continue using Android at all. Or it might just show up in Google Play someday. At any rate, you can sign up at the link below, but you'll have to actually navigate to the download page on your device to get the APK. Be aware that part of the deal is that Nokia gets usage data from beta testers to improve the app.

Pushbullet's EvolveSMS Integration Is Live, And It's Joined By Sliding Messaging Support As Well