Your phone probably has a lot of stuff on it, right? Terrain Launcher (funded by Samsung Accelerate) claims it helps you stay organized like no other launcher. A dubious claim perhaps, but early reviews are positive. Terrain focuses on three features: a sidebar, universal search, and an enhanced app drawer.

Terrain is based around a single home screen panel with links to your most used apps. You can place widgets, but the main way of getting at data outside of apps is the HTML5-based sidebar. It's a list of cards with things like frequent contacts, news, settings, weather, and so on. It's all configurable and looks neat. There's also an app drawer with fast-scroll and search built in. The Terrain search UI can pull up results from your apps, contacts, and the web at the same time. Not a groundbreaking feature, but nice to have. 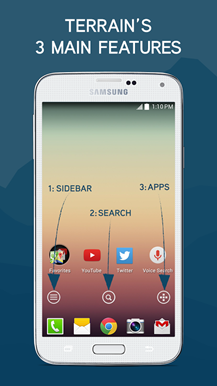 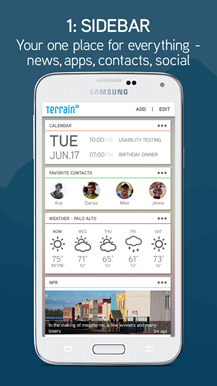 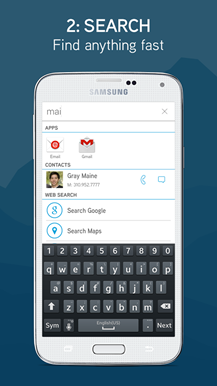 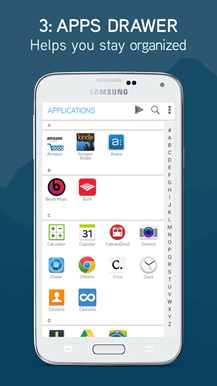 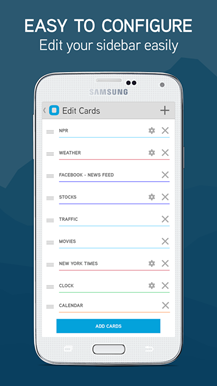 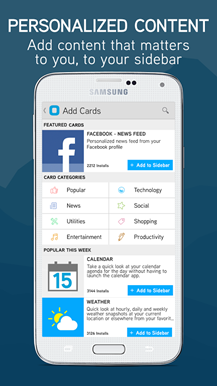 This looks like a neat home screen that does some new stuff – it's not just another Nova clone. The app is free, but it's still a beta. So expect the occasional bug.

Oyster Launches Its 'Netflix For Books' Service On Android, Brings Over 500,000 Titles Along ...