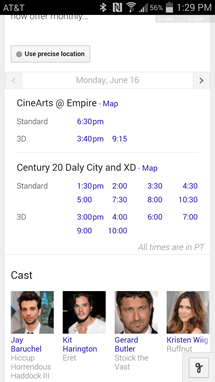 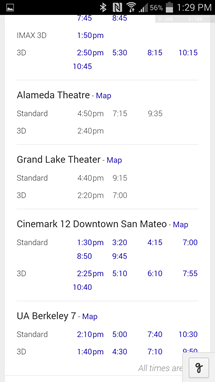 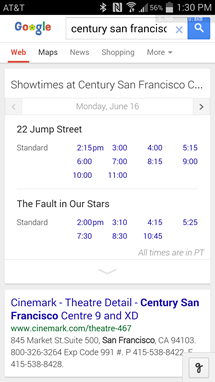 And here it is in desktop mode: 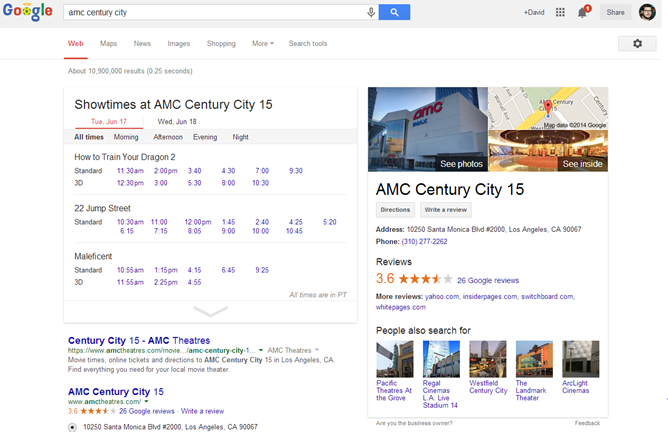 Importantly, the new UI also now includes a date picker, so you can access showtimes for future days much more easily. Here's the old desktop version: 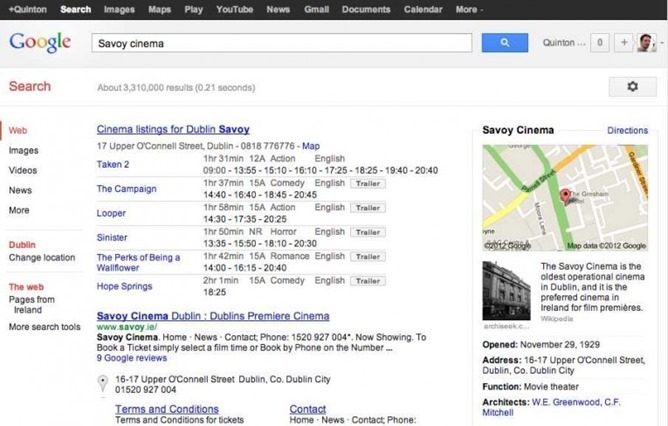 A significant improvement in both readability and functionality, if you ask me. The new UI appears to be showing up for most people at this point, though like anything Google does, it's possible the rollout is regional and may not have yet reached all corners of the world just yet, such as those where movie showtimes aren't supported.