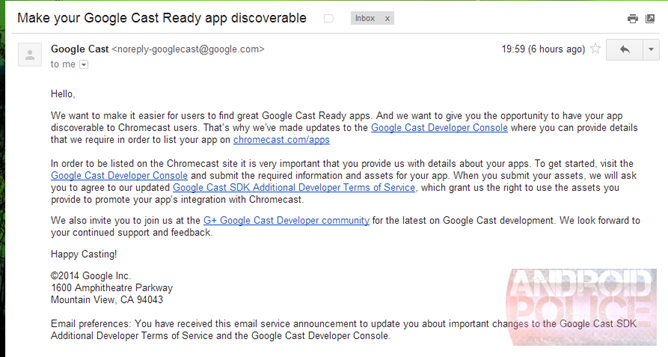 The updates to the developer console should feel roughly familiar to those who frequent the Play Store's console - it asks developers for basic information (package name, iTunes ID, or website where appropriate), category, availability, name and description, and an icon. The categories range from TV & Movies to Social, Education, Weather, and a bevy of lifestyle and - interestingly - game options. 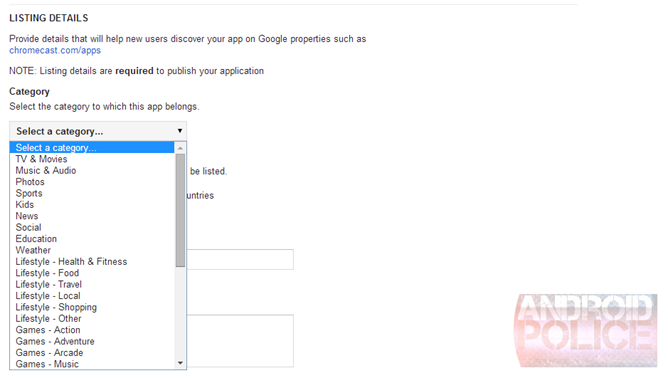 It's unclear when Google is planning to open up the revised Chromecast site, but the timing of the message may point to an I/O debut. Fortunately, I/O is just a handful of days away so it won't be long until we find out.

[Bonus Round] Hubble Bubbles, Up Down Left Right, And Shibe