Update: Earlier, it appeared this feature was plenty only in the Alpha version of the app, but it looks like it's live in the regular version, too, just under your device's built-in Daydream menu, as opposed to a setting shortcut inside the app. Our mistake!

If you're in the Twitter Alpha testing group for the Android client, you might have noticed recently that there was a new option in the settings menu: Twitter Daydream. Daydream mode isn't exactly a hugely popular Android feature, but hey, someone's got to use it, right? And why not add some Twitter into the mix? 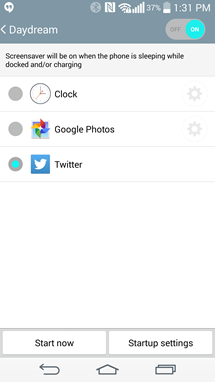 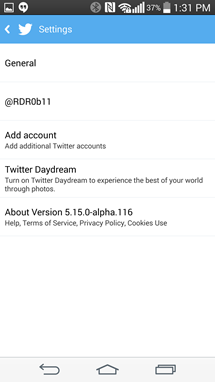 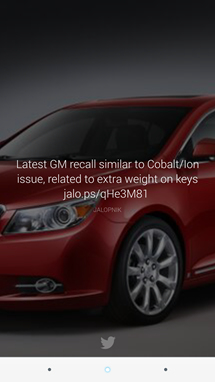 If you want the feature but aren't in the Alpha group, you'll need to join up with the beta tester group here, and then link your account to the Alpha version via the instructions here. Then, you should see an update to Twitter available the next time you open the Play Store. The daydream mode, by the way, just displays tweets that contain images, showing the image as a backdrop to the text in a very pretty, minimalist UI. I kinda like it, actually.