Update 3: Live on YouTube is back, more than two weeks after it debuted and almost immediately vanished. The description still says it's only for the Xperia Z2, but we have no way of confirming that, so your mileage may vary.

Update: Commenters who own the Xperia Z2 and Xperia Tablet Z2, as well as the previous-generation Z1, have said that their phones are listed as incompatible. Perhaps Sony has published the app before it was ready, or simply made an error with the compatibility assignments. Thanks for letting us know, folks.

We've looked high and low, and even a little bit laterally, and we couldn't find an Android app that lets you broadcast a live video stream directly to YouTube. There are plenty of apps that will let you do so on other services, but so far you need a full computer to publish straight to Google's gigantic video box. Until now: Sony just released the Live on YouTube app to the Play Store. 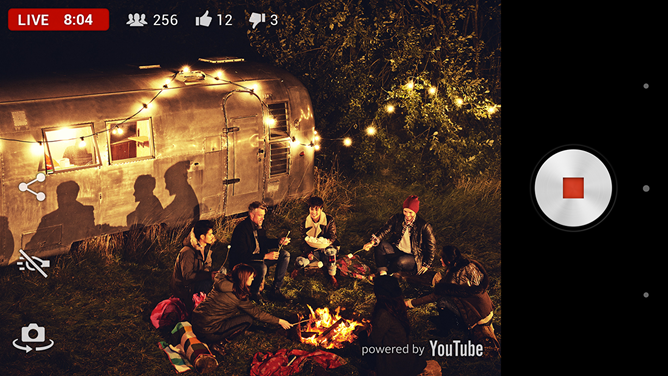 There's just one major drawback: the app is called "Live on YouTube - by Xperia." As in only for Xperia devices. According to the description, the app was specifically designed for the new flagship, the Xperia Z2, and some of our readers with older Xperia phones say they can't install it. To use the app you'll need to enable "Live events" in your YouTube Features page. Sony notes that the app isn't available in Germany (those Germans are serious about privacy) and other countries where YouTube itself isn't available.

Okay, Z2 owners, go out there and start livestreaming events. But not movies or plays or concerts or major league sports or anything with copyrighted music playing in the background. Unless you own the rights, in which case, go nuts. For all five of you left reading this, have fun.

Thanks to Muhammad for some quick testing!