Sprint customers have enough connection woes to deal with when their phones are working just fine (I kid, I kid), so I can't imagine how frustrating it would be to have one that randomly loses data access. Apparently that was what was happening to at least some owners of the HTC One M8. According to the notes released on this support website, the latest Sprint over-the-air update (1.54.651.10) should fix the problem. 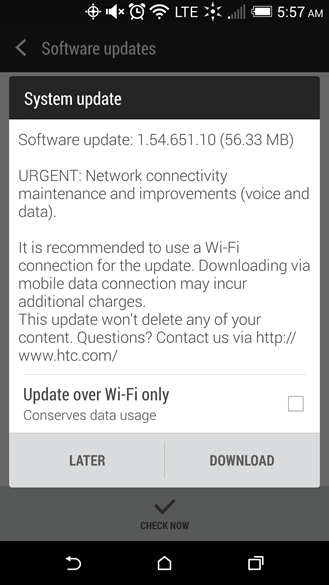 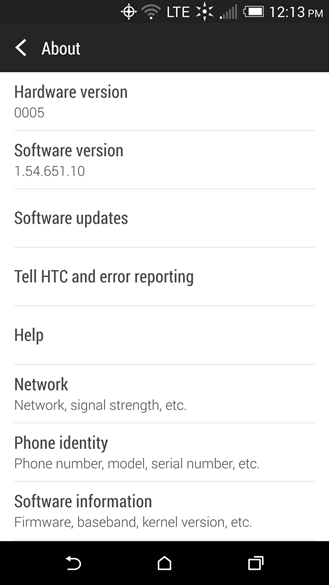 The error stems from multiple connection attempts on the voice and data network in low-coverage areas, which for Sprint is basically anywhere outside the major cities. Apparently some phones would then enter a state where they couldn't connect to any mobile networks at all. The number of affected users must have been small since none of our readers have chimed in, but even so, the update is marked "URGENT" on the OTA pop-up window. It's relatively light at 56 megabytes.

The update is rolling out in stages, so don't be surprised if it takes a couple of days to get to you. That being said, if you haven't experienced any problems on your Sprint One M8 so far, there shouldn't be any real rush to download it.