Full disclosure: I'm not a fan of Cartoon Network's current lineup. I exited the channel's target demographic when Dexter's Laboratory and Ed, Edd & Eddy went off the air, and more recent fare like Adventure Time is just unintelligible garbage to my jaded adult eyes. But if you enjoy the recent stuff, and you'd like to watch them all play a game of soccer in a thinly-disguised World Cup tie-in, then Superstar Soccer is the game for you. 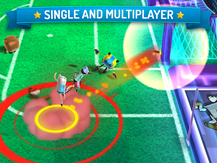 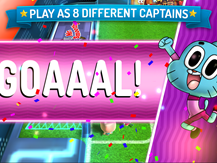 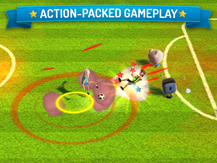 Superstar Soccer is a mobile translation of a Unity game that's also available online. You pick a country and a character, then face off against another in a quick miniature soccer match. I can recognize Finn from Adventure Time, Gumball, Ben 10, and Mordecai from Regular Show. Unfortunately the whole field isn't full of named characters - the captain (and player character) of each team is one of the cartoon denizens, while the other players and the goalies are bobbleheaded placeholders.

It's a simple game, but the graphics are appealing and bright, and it includes both singleplayer and online multiplayer modes. Unlike most of the TV network games aimed at kids, this one has no in-app purchases (at the moment, anyway), so parents can lay down $3 without having to worry about $100 worth of Golden Soccer Balls showing up on their next credit card bill.

[Weekend Poll] Do You Actually Want A Display With A Resolution Greater Than 1080p In Your Next ...