Version 5.7 of the YouTube Android app introduced the ability to select precisely which quality level you want to stream a video in, as long as that level was 720p or lower. Even then, the options skipped from 360p to 720p. Since that release, users have apparently started to see 480p appear in between the two. Not only that, 1080p has shown up as well. 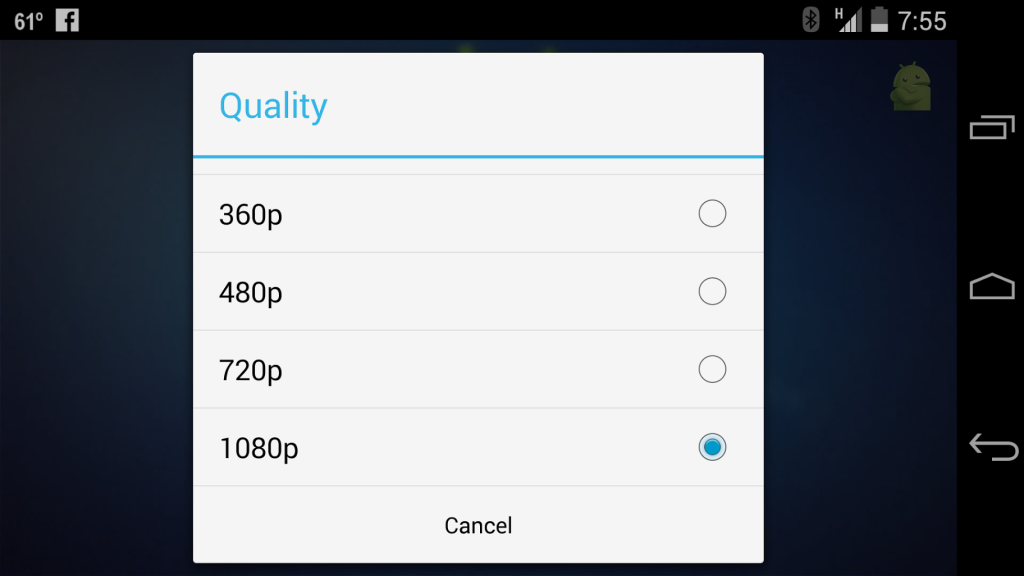 We haven't been able to get the settings to load on our devices, but some of you have reported having better luck. This means that Google is testing the additional options, but the company isn't yet ready to roll them out to everyone. Nevertheless, that means it's coming in the future as long as testing goes well.

To try things out for yourself, load up a YouTube video and click on the gear icon to select which resolution you want to stream. Feel free to report back to us with whatever you find.