Glass Explorers have faced an unyielding torrent of discrimination from their clear-faced peers ever since Google first introduced the device to its first batch of eager early adopters. Wearers have been banned from certain restaurants and public areas, with people expressing concern over the ease with which Glass allows people to record others. With such a glaring civil rights issue taking place in modern day America, The Daily Show sent correspondent Jason Jones to investigate for its June 12th episode. The result was a five minute long bit that further persecutes people who wear Glass. 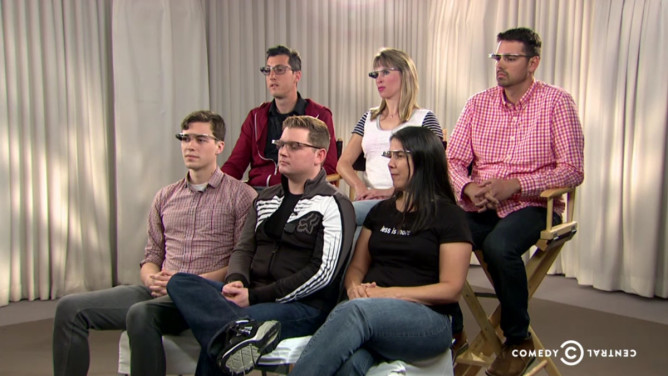 As you might expect, Jones is immediately dismissive of the idea of wearing a $1,500 face computer. As the The Daily Show is prone to do, it addresses real concerns under the guise of humor. Can the Explorers really blame people for being concerned about their privacy? And is it really all that difficult to understand why people are put off when you're more-or-less walking around looking like this? 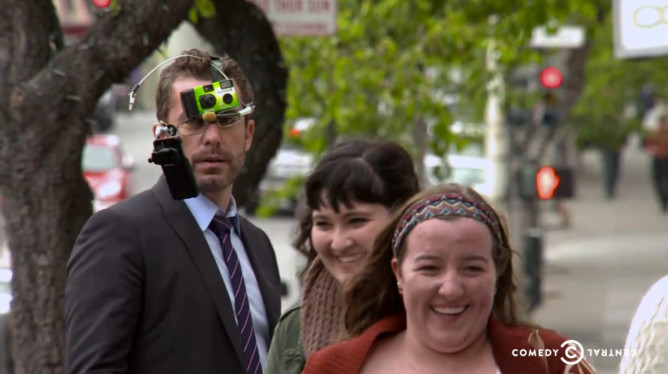 I'm not going to give away any more of the clip before letting you view it. Here, see it for yourself.

It's worth noting that The Daily Show failed to mention how the Glass display glows when it's recording, an indicator that the people around someone wearing the device are able to see. It's no matter, as the show invited Sarah Slocum to be one of the interviewees. She's the woman who recorded herself drawing hostility at a bar for wearing Glass, an event she did and does continue to refer to as a hate crime. The event was controversial, and if you'd rather not be reminded of it, a YouTuber has uploaded a version of the clip with her presence censored out.

So, did The Daily Show nail it, or was the video horribly misguided? We'll let you guys be the judge of that one.