Game controllers for Android are a dime a dozen these days, and most of the newest ones do very little to inherently change anything. They're basically all the same Xbox or PlayStation-like designs that may or may not allow a phone to clip to them. The Phonejoy wants to change that with its controller, an interestingly designed unit that actually opens up and holds the device to replicate a PS Vita-type gadget.

While that may sound cool, execution is everything. And at $70 for the base bundle, it's on the higher end of the scale for mobile game controllers. Looking to find out if it's worth it? Spoiler alert: it's not. 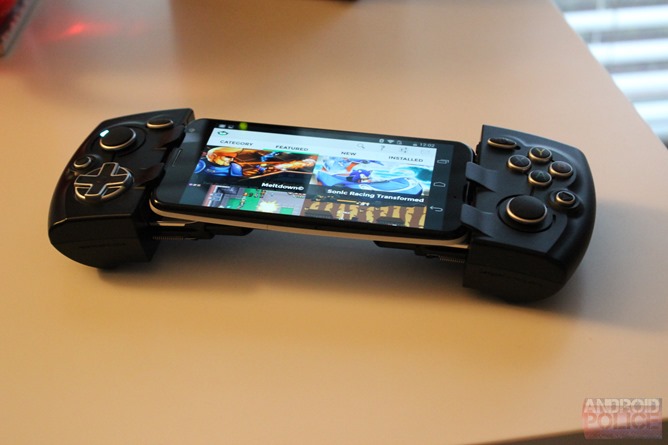 At this point, you should have the basic gist of mobile game controllers down: they connect over Bluetooth, usually have a companion app that's supposed to improve the experience, and try desperately to fill some market void that supposedly exists. The Phonejoy is no different. In fact, that only thing that makes it different from the competition is the overall design (which, granted, is quite a big difference). But that means nothing if it can't deliver an experience that just gets out of the way and lets users play games with ease.

Unfortunately, that's not the experience I had with the Phonejoy. Between dealing with the awkward form factor and trying not to pinch my fingers while putting a phone in the clamp, the buggy app, and buttons that didn't always work, I spent a lot more time being frustrating with this controller than I did actually playing games.

The overall idea is pretty cool though – it reminds me of the MOGA Ace (for iPhone) in the way it holds the phone. I just wish the execution would've been better.

The controller holds the phone in place with a series of springs and such, and the front of the device has a few little "clip"-type protrusions that keep the phone from flying out into the face of the user. It works well enough, though it feels pretty janky to my hands. When the controller is spread apart it's very flimsy and just lacks an overall put-together feel.

The buttons are laid out in the most common arrangement these days: just like an Xbox controller. Both joysticks suffer from the same problem that the original MOGA controller had - they're flat, so they suck. They're hard to use and there's very little feel to them. Also, they both required a bit of force to actually work in my testing. That could be a problem specific to my controller, but there were several times when I had to actually release the joystick and start the movement motion over to get it to register correctly. Annoying. 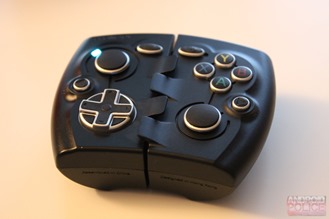 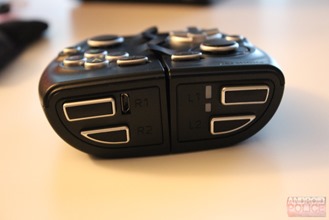 The D-Pad, while seldom used, isn't much better. It's very "spongy" feeling and lacks enough travel to offer good tactile feedback. I kind of hate it. The ABXY pack, however, is basically the opposite: the buttons feel great, have good travel, and are nice and clicky. Same goes for the start and back buttons, though those aren't nearly as important.

Another questionable design decision on the Phonejoy is the shoulder buttons and triggers. Both sets of buttons feel exactly the same, which deviates from the norm, where the shoulder buttons are much generally smaller with less travel and the triggers are much larger. As if that wasn't bad enough, there is zero consistency when it comes to feel across these four buttons. On my review unit, L1 and L2 are both relatively clicky, but R1 and R2 are far more spongy, with the latter being the worst of the bunch. It's pretty terrible to use. 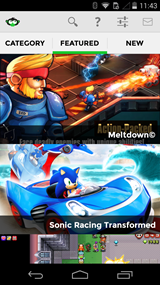 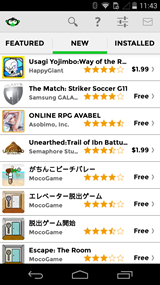 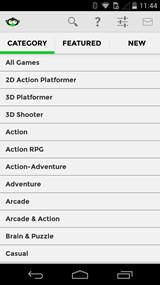 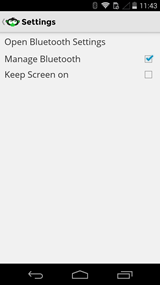 Like most other BT controllers, the Phonejoy has its own proprietary app that is used for connections, controller management, and finding new games to play. While the app itself isn't really awful and has a pretty usable interface, I experienced a slew of issues when trying to launch games, including a never-ending "loading" screen and a few force closes. Of course, games can be launched independently of the app and generally work from there. There were a few times that the controller wasn't detected (this happened on a few different games, too), but closing it and restarting the game fixed it in most cases. Also, in Bulkypix's Meltdown, the R2 button wouldn't work, but it was fine in other games. That basically made the game unplayable because R2 is the button used to shoot...I couldn't even make it out of the tutorial.

The way the device clips into the controller may have some of you wondering if it leaves the headphone jack and charging port accessible. In short, yes and no. If you just buy the controller, then no, the ports aren't accessible while the phone is docked into the controller. If you choose to pick up one of the more expensive packages, however, it comes with a couple of adapters that essentially redirect the ports to outside of the controller's grip, making it possible to both charge the phone and use headphones. The top-tier package also comes with a travel case and tablet kickstand, the latter of which is pretty neat. 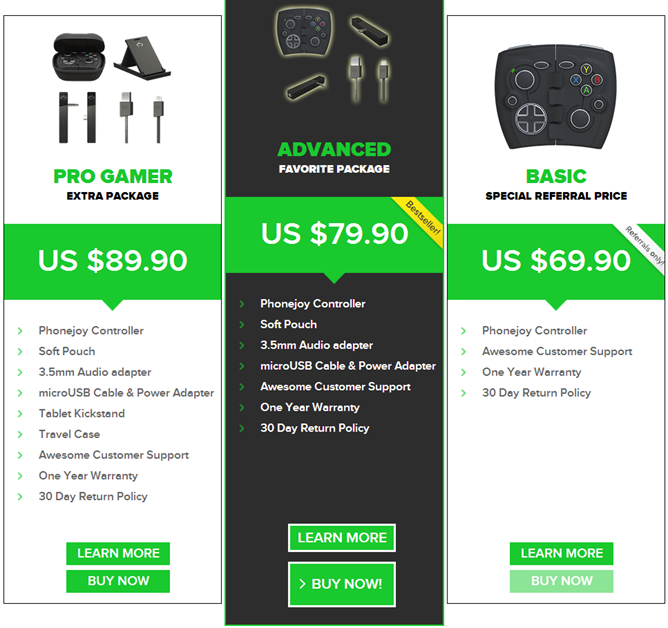 All in all, the Phonejoy controller and its accompanying software is pretty janky. The unit provided to me for review is a Limited Edition Kickstarter version, so hopefully the full retail version will be a bit better – though I wouldn't count on it. 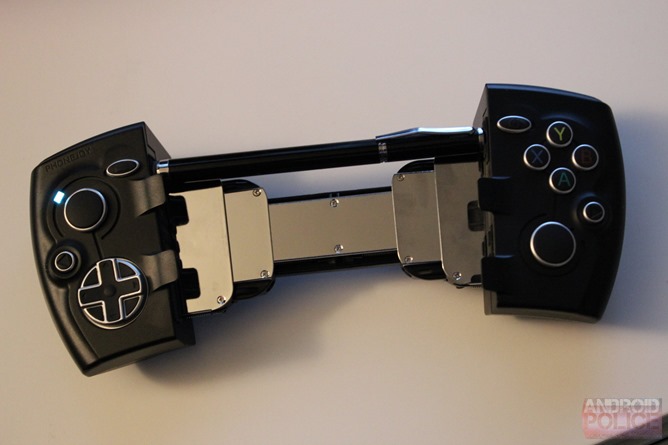 The problem with devices like this is that the creators usually have good intentions, but manufacturing costs and the desire to make as much money as possible off of every single unit gets the best of them, which results in sub par quality. That's exactly what happened with the Phonejoy.

For $70-90 (depending on the package), it's way overpriced. I'd readily recommend saving yourself $20-40 and just picking up a MOGA Power Pro from Amazon instead – it's a lot more controller for less money.

First Wave Of OnePlus One Units Finally Shipping To Invitees