In one of our early Google Now rumors, we described the possibility of "inferred events," or events that Google would grab from your Gmail (or other Google services) and present as a card in Google Now, with the option to add an entry to your calendar.

Today, it looks like the service is being switched on for some users, with Gmail being the first target (as we speculated previously). As expected, Now pulls information from Gmail to create a handy card, asking if you'd like the event to be added to the calendar associated with your account. Users can also choose whether they want this functionality in the "everything else" section of Now's settings. 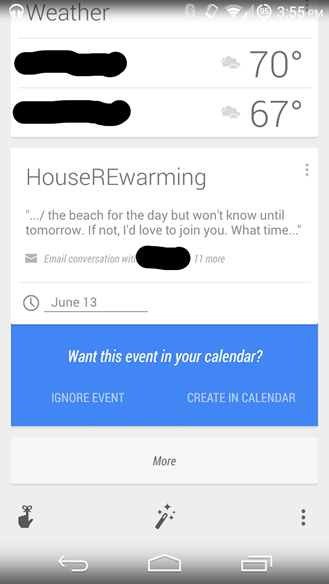 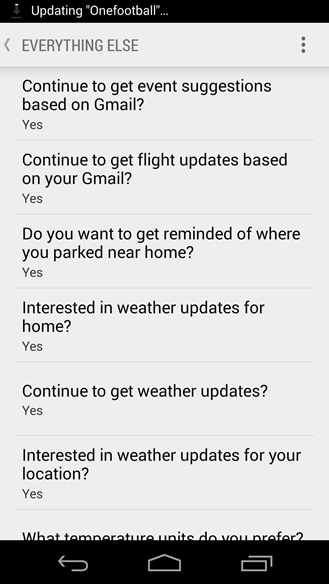 It's worth noting that Google Now already does similar tasks for the user, like pulling flight information from confirmation messages. It's unclear right now when or if the service will expand to other services (like Hangouts), but it's certainly nice to see a continued effort on Google's part to keep users from forgetting their plans.

First Wave Of OnePlus One Units Finally Shipping To Invitees