Here's the thing about physics-based racing games, you're going to crash, and you're going to crash often. Typically doing so comes across as rather painful, but Small&Furious turns it into an educational experience. That's not a fearless biker snapping his neck on an outcropping of rock  - it's just a crash test dummy that didn't land gracefully enough. Tweak it and try again. 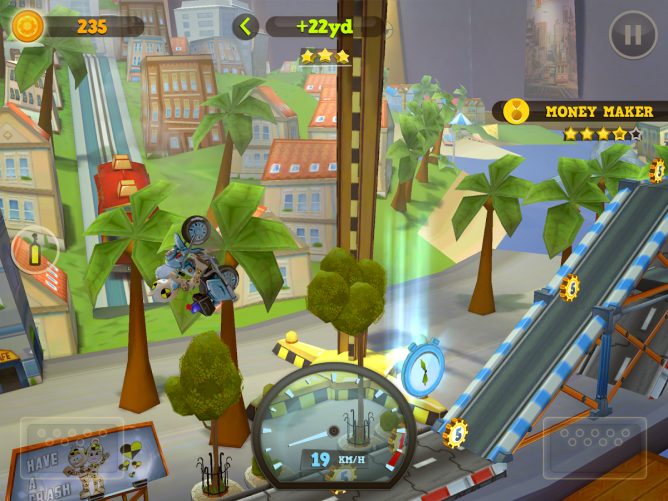 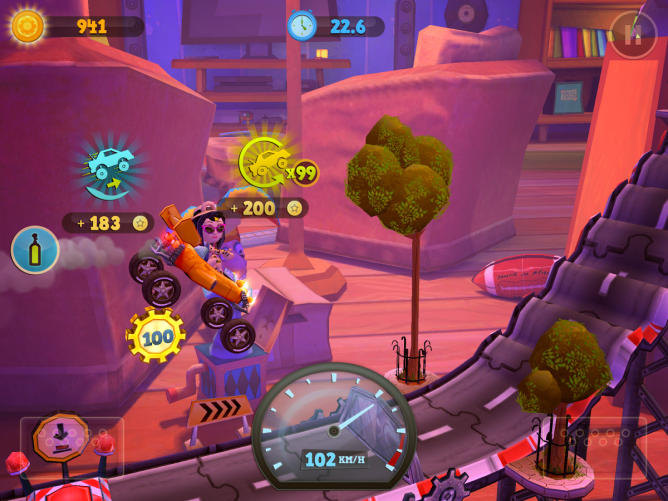 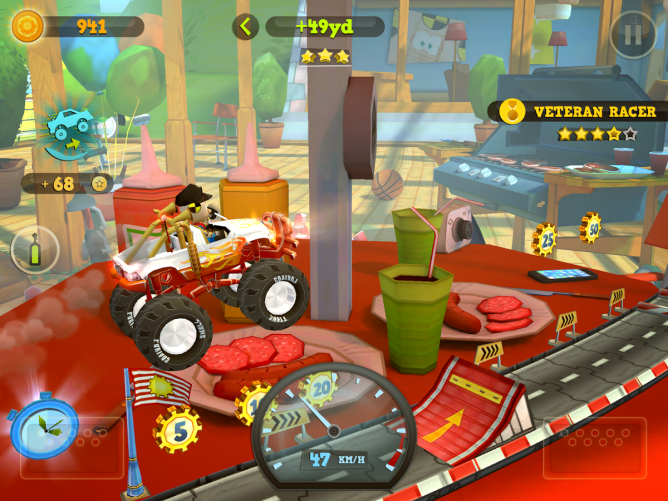 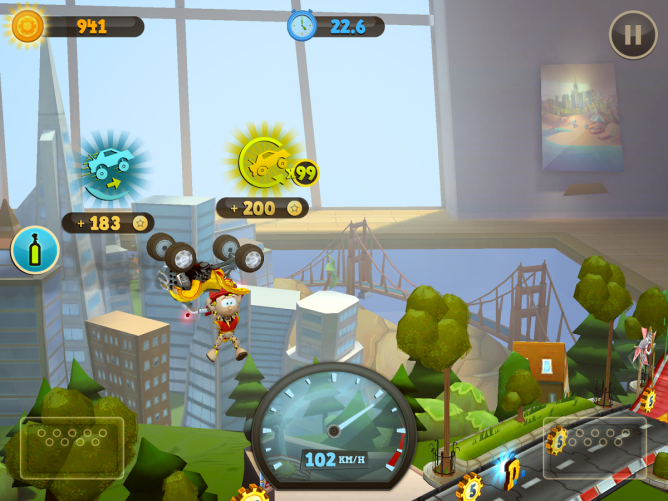 Small&Furious doesn't present anything gameplay-wise that's particularly new (go give Ubisoft's Trials Frontier a look), but it applies a healthy coat of polish and plenty of charm. There are nearly a dozen cars, fourteen characters, and eighty tracks. Out of the box, the game contains ads, but you can remove them by purchasing any of the in-app purchases, including virtual gold coins. Or you can ignore them and have a good time just as well. 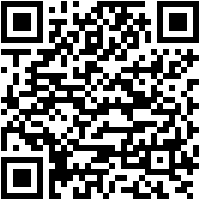