As we near the end of spring, so too nears the end of the mainstream release cycle for four of the biggest Android OEMs on the planet. Samsung, LG, HTC, and Sony all have competitive flagship devices on the market now, and none of them clearly edges out the others in a holistic sense. They're all very good smartphones in an extremely competitive product category. 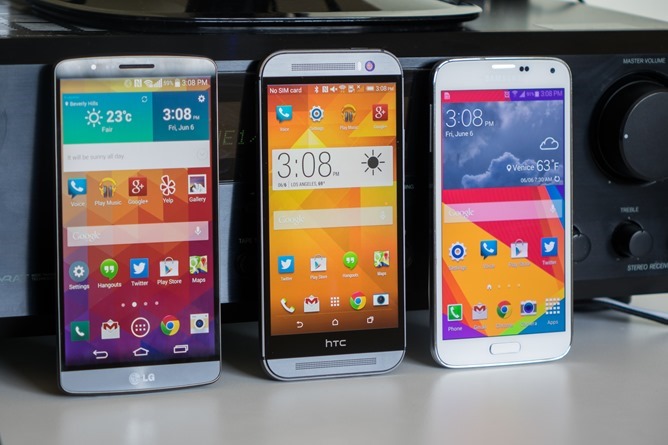 Not pictured: Xperia Z2, because I don't have one to picture.

Some might think the Z2 or G3 too large, while others may find HTC and Samsung's software layers too invasive. HTC and Sony's devices lack removable batteries. Samsung and LG don't exactly have a reputation for build quality. The speed of software updates could vary wildly between these devices. HTC and LG's offerings aren't dust or water resistant, while the S5 and Z2 make a major talking point of such features.

All things considered, there are still substantial distinctions to be made between the top-tier Android smartphones, and if anything, it feels like the battle lines between fans are becoming more boldly defined than ever before. We've all got our reasons, but what do your reasons tell you is the smartphone of choice at the moment? Vote in the poll below, and voice your opinion in the comments section.

Kiwanuka Is A Beautiful Low-Poly Physics Puzzler Inspired By Lemmings

Google Search On Android Is Having Trouble With, You Know, Searching For Many Users