One of my few complaints with the Netflix app for Android has always been that the app makes it more difficult than it should be to indulge in binge-watching behavior. Watching episode after episode of a TV show meant either going back into the episode list again, or hitting the show's tile from the home view again, and neither was ideal.

With a recent update, however, Netflix has added what it calls a "post-play" experience, which gives users the number and title of the next episode, along with a big red "play next episode" button. Just like on the web, the next episode will play automatically unless you stop it. For movies, Netflix will offer three things to watch next, making it easy to jump into another film, though the movie recommendations will only appear on tablets. 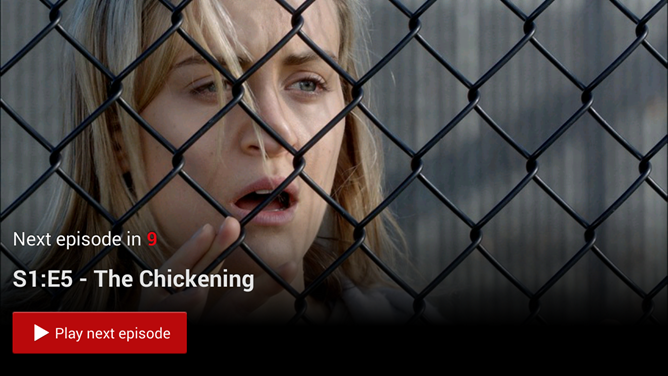 The only downside to this new experience is that it's not available on Chromecast just yet. But the official Netflix blog promises that post-play will come to Chromecast soon.

Kiwanuka Is A Beautiful Low-Poly Physics Puzzler Inspired By Lemmings