The Hitman games have been a staple of third-person stealth action for years. I still remember playing the original on PC many moons ago and being absolutely floored at the detail-oriented gameplay – you had to actually hide unconscious bodies to avoid raising the alarm and disguises only worked so well. Gaming as a whole has advanced considerably since then, but Hitman GO is an attempt to distill that stealthy combat experience into a clean and easy to play package for mobile devices. So, will it strangle your free time?

When I say this title is modeled after a board game, I definitely mean it. You can probably tell from the screenshots, you really are just sliding little statues around. I'll get to the visuals later, but the gameplay has a delightfully retro appeal. Agent 47 takes turns moving a single space at a time with the enemies – you move, then everything else on the board moves one space at the same time. You can only move along the lines laid out in the level, and you have to move each time your turn comes up. Sometimes that means you're going to die no matter what, but that just indicates you screwed up somewhere and backed yourself into a corner. 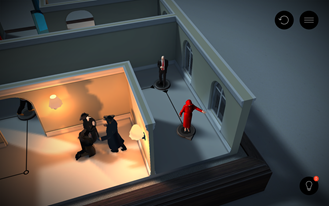 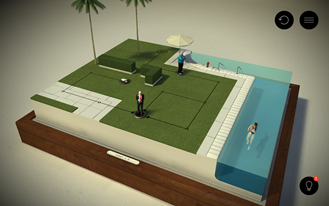 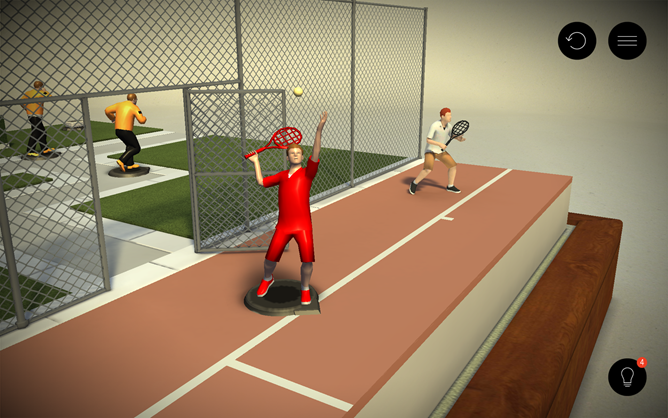 Hitman Go is basically a puzzle with additional strategic elements on top. You can only take out enemies if you approach from the side or the back. As an aside, I love that captured pieces get tossed over to the table next to the "game board," like a game of checkers or something. If a guard is looking your direction from one space away, he'll instantly close and assassinate the assassin. The goal is to reach the end of the level and sometimes to take out a target along the way. Killing the guards is usually optional. In fact, there are often challenges that require you to kill no one.

In order to encounter or evade the guards in just the right way, you need to time your approaches. Sometimes that could mean circling a hallway a few times, watching for the target to move in the right pattern so you can slip in behind and knock him off the board. After a few stages of getting to know the game, you'll start seeing special spaces on the board that can be used to swing the game in your favor. For example, a distraction item lets you throw something to get the guards' attention, allowing you to slip by, or maybe even take everyone out in a single move. There are also weapons and disguises that you can put to use. 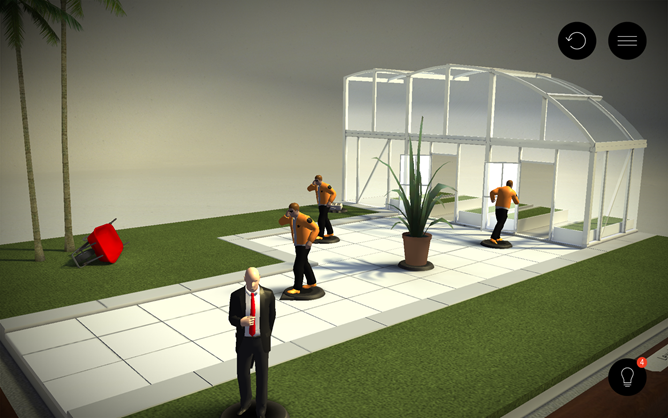 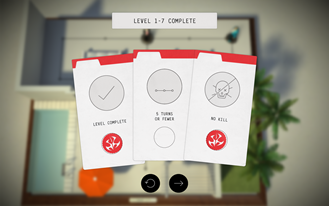 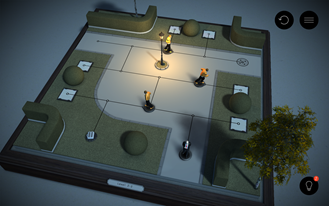 The game also has three points in each level which you get by completing various objectives. You might need to finish in a certain number of moves, avoid killing anyone, or just reach the exit and take out the target. The levels can also be played multiple times to get each challenge individually.

You move Agent 47 by swiping in the direction you want to go each turn. You can also tap and drag to get a better look at things, but the view always snaps back. That's really it – the controls are incredibly simple in Hitman GO.

One of the main selling points of this game is that it looks interesting and unique. The levels are played on small elevated platforms, with wood frames and a name plate with the level number. It's like playing with a little diorama. Each one a little different, but clearly connected to the last like a series of contiguous missions. 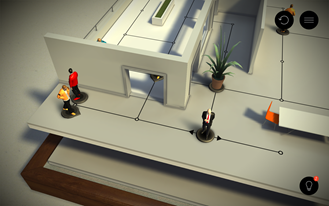 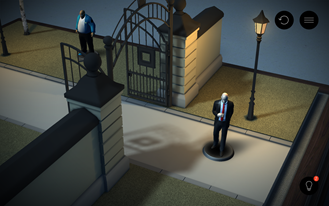 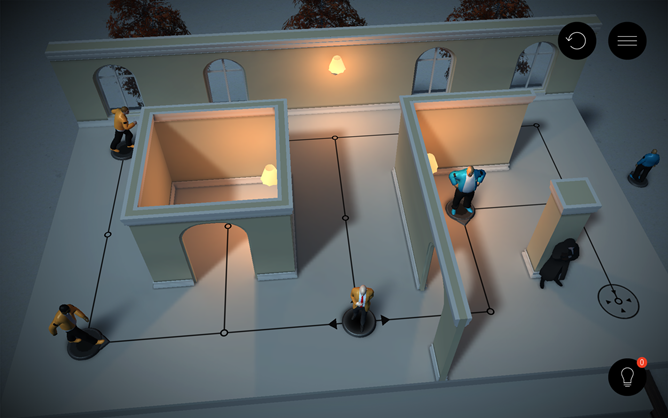 The game pieces are oddly detailed in their lack of detail, if that makes sense. It would have been easy to make a static, detailed model of Agent 47 to slide around the board, but the designers instead created a style that imagines everyone as a smooth plastic figurine. Even the animations are reminiscent of a board game with the way the base lifts up when you move, and the look of an enemy piece toppling over awkwardly.

The textures are very simple and clean, but that fits with the visual style – it's a land of plastic assassins. The edges are mostly very clean, which is especially important when you're not relying on complicated textures and backgrounds. Hitman GO is mostly successful in this area. There's a tiny bit of aliasing visible, but I wouldn't call it a problem. The heavy use of lighting and shadow is a good move as it gives the somewhat sterile spaces some depth and detail. Bonus points for immersive mode on Android 4.4 too.

I feel the need to address the cost of Hitman GO separately because this is a paid game that also lists in-app purchases. I know that makes many of you antsy, so let's look at what that additional cost is. You pay $4.99 for the game, and that gets you access to the entire thing. The aforementioned challenge points unlock more maps, and it's not hard to progress. 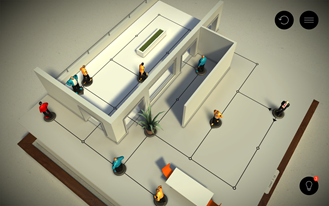 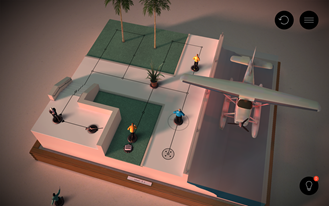 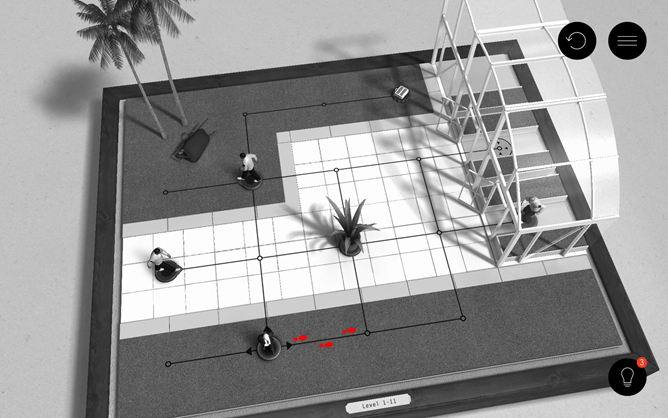 If you're getting stuck, there are hints that walk you through the level (the gray screenshot above shows you what that looks like). You get five hints to start and can buy more for a few bucks. Likewise, more chapters can be unlocked without completing the previous stages at a cost of $0.99 each. There are five chapters right now, each with about 15 missions.

Hitman GO is, overall, a very enjoyable game. The visual style is fantastic and the gameplay is just deep and strategic enough to be challenging without feeling frustrating. There are times it gets a bit tedious, but the introduction of new items and weapons helps keep things moving along. You will get stuck occasionally, but that's the mark of a good puzzle game. The balance seems correct – that is, it's not pushing the limited IAPs very hard. Should you pay $4.99 for Hitman GO? Yeah, it's killer.