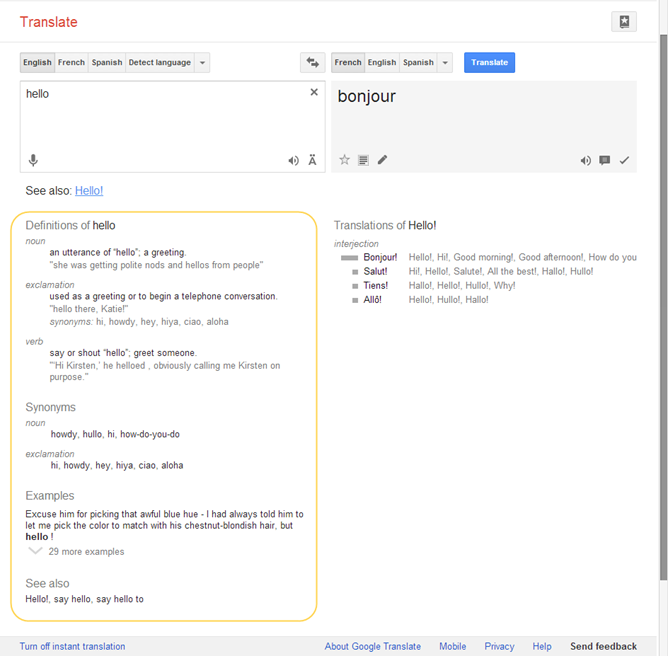 The additional info may seem like a minor addition, but it's a feature that could be very useful to those in the process of learning a language. Seeing a word in its context is always helpful in getting a handle on what it means.

The functionality, as mentioned above, only lives on the web for now. It's easy to imagine that it will come to the already powerful Translate app for Android at some point in the future, though. For now, the app only shows synonyms. To check out the new functionality for yourself, hit the link below.

Hitman GO Review: The Most Satisfyingly Violent Board Game You'll Ever Play